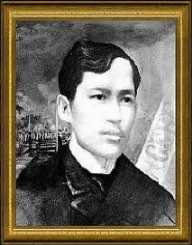 During his young adulthood, Jose Rizal spent many years at various schools earning several unrelated degrees. He first attended the Ateneo de Municipal de Manila, where he earned a degree in land surveying in 1877. Jose Rizal then went on to study at the Faculty of Arts and Letters, where he studied philosophy. However, he transferred to the University of Santo Tomas in 1978 to study at the Faculty of Medical Sciences.

Jose Rizal continued to study medicine as the years went on, but he did not stay in the Philippines to do this. He instead studied abroad in Spain at the Universidad Central de Madrid. He stayed here until he earned his medical degree in 1884. He continued to stay at the same university until 1885 when he earned a degree in Philosophy.

Jose Rizal began his professional writing career while he was still studying in France. His debut book was complete in 1887. Noli Me Tangere was a book that wrote about how the Spanish government was mistreating the people in the Philippines, especially the native Filipinos. Not long after the book was published, it was banned by Rizal’s government.

Even though his book was banned, Jose Rizal continued writing about the injustices of the Filipino people. He began writing articles for the newspaper La Solidaridad. It was not long after this that Rizal began working on social reforms within the Philippines.

Jose Rizal published his second book, El Filibusterismo, was published in 1891. Even though the book was a sequel to his first work, it carried different themes. The book continued to talk about the oppression that the Spanish inflicted on the Filipino people, but it also had another layer: that of Filipino nationalism and identity. This book was also banned in some parts of the country.

Jose Rizal was the leader of the civil movement called La Liga Filipina. He first founded this movement in 1892, which was the same year that he returned to the Philippines. Through this group, he encouraged the Filipino to protest and go about change in legal ways peacefully. He wanted to see a change in his country, but he did not want to see violence.

The government soon became angry with Jose Rizal. Near the middle of 1892, he was exiled to Dapitan, Mindanao. While he was exiled, he pursued humanitarian interests. He helped to build schools, working on farms, and even volunteered as a doctor in Cuba during an epidemic of Yellow Fever.

In 1898, a group called the Katipunan started their own revolution, which had nothing to do with Jose Rizal or his writings. However, since the Philippine government was still unhappy with Rizal at this time, they used this uprising to arrest Rizal anyway, claiming that he did have something to do with it, even though it is well known now that he was uninvolved.

Jose Rizal was married to Josephine Bracken. This couple had one son, who died in infancy. The marriage ended with Rizal’s death.

Shortly after Jose Rizal was arrested under false circumstances, he was brought to Manila. While there, he was tried for the crimes of conspiracy, rebellion, and sedition. He was found guilty of these crimes and was sentenced to death by firing squad. Jose Rizal died on December 30, 1986. He was only 35 years old when he passed away.