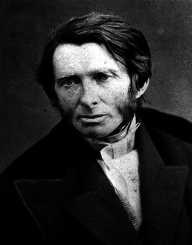 John Ruskin was born on February 8th, 1819. He was a famous English artist that was highly respected during the Victorian Era. He was also a talented drawer, watercolourist, philanthropist and a famed social thinker. Some of the subjects that he wrote on include literature, botany, architecture, political economy, and ornithology. His most remarkable writings include The Stones of Venice and The Seven Lamps of Architecture. In 1869, Ruskin was appointed as the Oxford’s first professor of fine art. He, however, resigned after a decade.

John Ruskin was born on February 8th, in 1819. His birthplace was in London in England. He was the only child of John James Ruskin and Margaret Cox. Ruskin’s father was also interested in art and majored in art collection as his business. He, therefore, had a significant influence on Ruskin’s art career. He was the one who introduced him to Romanticism works of art. Cox, his mother, had a huge impact on the religious upbringing of John Ruskin. She taught him how to read the bible.

Ruskin obtained his early education from home. Private teachers also tutored him. In 1834, he went to school in Peckham. He enrolled for classes that were managed by Thomas Dale, a famous evangelist. Later, in 1836, Ruskin was among Dale students at the King's College in London. During this period, Dale was regarded as the first literature professor at the institution.

During the mid-1830s, John Ruskin had begun publishing short pieces either in verses or prose form in several magazines. Shortly after, he made a publication that would later be identified as the debut volume of his most remarkable works, i.e., Modern Painters – 1843. Through this publication, he talked more about the fact that modern landscape painters were superior over Old Masters that were present in the post-Renaissance period.

Four more volumes of the Modern Painters were released over the subsequent years. His second volume featured symbolism in the art that was expressed via nature. His interest in architecture was also demonstrated through his 1849 publication titled The Seven Lamps of Architecture.

In this work, John Ruskin documented the seven fundamental moral categories in architecture which included sacrifice, power, truth, life, obedience, beauty, and memory. According to Ruskin, these moral categories were merely inseparable from architecture. The King of the Golden River – 1851, was the only fairy tale he wrote and published throughout his writing career.

After this, John Ruskin began working on The Stones of Venice in 1851. This work lasted for two years, and he completed its three volumes in 1853. The first volume was The Foundations followed by The Sea–Stories and The Fall as the third volume.

As a teacher, Ruskin's fame grew more so during the 1850s. He mainly taught his students architecture and art related subjects. In 1857, while in Manchester, he lectured at the Art Treasures Exhibition. His lesson was collected and documented as The Political Economy of Art.

In 1847, John Ruskin got engaged to Effie Gray. This relationship influenced him to write on The King of the Golden River in 1841. During this time, Gray was only twelve years old. The following year in 1848, Ruskin wedded Gray. Unfortunately, their relationship was not consummated, and the two went separate ways after a short period.

John Ruskin later fell deeply in love with Rose La Touche, a ten-year-old girl. When La Touche turned 18, Ruskin proposed to her but she requested him to be patient until she was aged 21. Ultimately, she rejected him.

John Ruskin passed away on January 20th, in 1900. He had been suffering from influenza which led to his death at the age of 80.