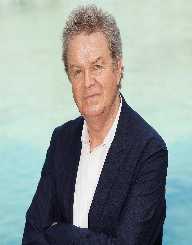 English director John Philip Madden, best-known for directing the Oscar-winning film ‘Shakespeare in Love’, was born on April 8, 1949, in Portsmouth, Hampshire, England. He initially studied at the Clifton College of Bristol. Later, Madden earned his B.A. in English literature from Sidney Sussex College, Cambridge. He began his career as a theatre director and gradually start working in radio, television, and films.

Upon his graduation from the University of Cambridge, Madden started working as a Director of English theatres. He joined BBC afterward and involved himself in directing radio and television dramas being broadcast by it. As a director, he has directed some notable television shows such as ‘The Adventures of Sherlock Holmes’ (ITV, 1984–1994), ‘Prime Suspect 4’ and ‘Inspector Morse’. He directed the likes of Helen Mirren in ‘Prime Suspect 4’.

In 1975, five years after receiving his graduation, he moved to the United States. At the USA, he started developing radio dramas on behalf of ‘Earplay’, a National Public Radio Drama project. He also got involved in stage directions of plays at Broadway, National Theater of London and at the Yale School of Drama. He worked as a tutor at Yale where he taught acting and play-writing curriculum. Some of his most prominent works in stage direction includes the premiers of Christopher Durang's ‘Beyond Therapy’, Jules Feiffer's ‘Grown Ups’ and Arnold Wesker's ‘Caritas’. He won the Prix Italia Award for directing Arthur Kopit's ‘Wings’. 'Wings' was a part of the Earplay series under the National Public Radio Drama project.

Madden directed many films on behalf of BBC television and also for commercial television of his home country. Notable among these are ‘After the War’, ‘The Widowmaker’, ‘Poppyland’, ‘Prime Suspect 4’, ‘Inspector Morse’ and ‘The Adventures of Sherlock Holmes’ episodes and ‘Masters of Sex’ pilot. He received a BAFTA award nomination for ‘The Lost Child’, an episode of Prime Suspect 4. He also won the Scottish BAFTA for Best Single Drama for his BBC film ‘Truth or Dare’.


THE BIRTH OF AN EXEMPLARY DIRECTOR

John Madden directed his first feature film in the 1990s. ‘Ethan Frome’ (1993) is his debut feature film as a director. He came up with another film ‘Golden Gate’ the following year. Madden eventually developed to be an exemplary director. From the mid-1990 onwards, he came up with some of the finest performances. Under his direction, actress Judi Dench was nominated for an Academy Award. It was in the category of Best Actress for Judi's performance in the film ‘Mrs. Brown’ (1997).

He also has an impressive record as a radio play director to his credit. He directed a series of radio adaptations of Star War co-produced by the National Public Radio Drama project and the BBC in between 1981 and 1996.

John Madden, at present, is as a serving Jury member for 'Filmaka’. ‘Filmaka’ is a digital studio who work focuses on unearthing little-known talented filmmakers and making arrangements to show their work to the people who matter.

John Madden is a bachelor till date. He also does not have any record of any relationships to date.