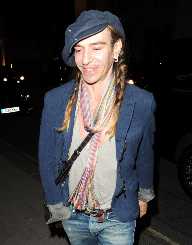 British fashion designer John Charles Galliano was born on November 28, 1960. He was born in Gibraltar to his father Juan Galliano from Gibraltar and his mother Anita from Spain. Galliano has two sisters. The family moved to England to find work when he was six years old. They settled in Streatham, South London, but later moved to Dulwich and Brockley.

Galliano’s family was strictly Roman Catholic. His mother was a flamenco teacher and often dressed him in his “smartest” outfit. His looks and creative sensibilities were a cause for a lot of bullying from other children in his school.

John Galliano attended St. Anthony’s School and Wilson’s Grammar School. He was interested in art and went to study at Saint Martin’s School of Art. He graduated in 1984 with a honors degree in fashion design. The French Revolution inspired Galliano's first collection Les Incroyables. He got positive reviews for the collection, and the London fashion boutique Browns bought it. After his early success, Galliano started his fashion label together with Amanda Harlech, a stylist, and Stephen Jones, a milliner.

At the time Galliano was living in London and enjoying the nightlife. He had a talent for fashion design, but not for heading a business. Galliano’s label was initially financially backed by Johan Brun, but by 1988, the label bankrupted. He then moved to Paris to search for financial backing and clients. He found financial support from Moroccan designer Faycal Amor and was invited to set up his base in Paris. In 1989, Galliano experienced his first show at the Paris Fashion Week. During this time, Galliano also designed costumes for Kylie Minogue’s Let’s Get to It Tour.

John Galliano's financial agreement with Amor ended in 1993, which made him skip a season. He received help from an editor of American Vogue, who introduced Galliano to Portuguese fashion patron Sao Schlumberger. He secured financing from Schlumberger and venture firm Arbela Inc. this gave Galliano the necessary credibility to make his name in the high-fashion world.

In 1995, Galliano was appointed as the designer of Givenchy. He became the first British designer to head a French haute couture house. In 1996, Galliano presented his first couture show. Fashion media highly praised the collection.

In 1996, Galliano was moved to Christian Dior, where he designed Haute Couture and ready-to-wear collections. Galliano continued to work at Dior, until 2011, when he was suspended following his arrest. Galliano was arrested for an alleged anti-Jewish tirade in a Paris bar. The incident occurred shortly before Paris Fashion Week. Dior dismissed Galliano but continued to support his brand despite the scandal financially. Galliano was replaced by Bill Gaytten. Galliano was found guilty of making anti-Semitic remarks and was sentenced to pay 6,000 Euro fine.

In 2014, it was announced that John Galliano had joined Maison Margiela as the creative director of the house. His first collection for Margiela was exhibited during London Collections: Men in 2015.

John Galliano has received several awards and honors for his work. He was named the British Designer of the Year 4 times, and in 1997, shared the award with Alexander McQueen. Since 2001, he is also the Commander of the Order of the British Empire. In 2002, he received the Royal Designer for Industry honor.

Galliano had a relationship with a student at Central St. Martins, also a fashion designer John Flett. Flett died in 1991, and Galliano described him as his soulmate. He currently lives in Paris with his partner Alexis Roche, who is a style consultant. Galliano has been named one of the most influential British gay people.