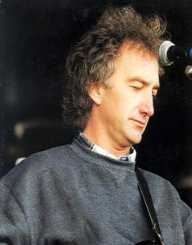 John Deacon is a well-known bass guitarist for the world famous Band known as Queen. Before his retirement, he composed several single hits such as, ‘You’re My Best Friend,' ‘I Want to Break Free’ and ‘Another One Bites the Dust’ which won an American Music Award.

John Deacon is the son of Arthur Henry and Lillian Molly Deacon born on August 19, 1951.His father, Henry, used to work with a Norwich Union insurance company before he relocated with his family to Oadby town.

As a child, Deacon took interests in reading magazines, soul music and had a passion for electronics. He enrolled in Linden Junior School in Leicester and attended Gartered High School followed by Grammer School in Oadby. He did well with his studies achieving an 8GCE O level and 3 A level passes at Grade A. Later on, he attended the Chelsea College in London and obtained 1st class honours in Electronics in 1971.

At the age of 14, John Deacon joined his first band called ‘The Opposition’ which played covers of chart hits. His role in the band included playing the guitar although he switched to bass after the original bassist was fired. However, he left the band to enrol in college after four years in August 1969.

While at the Chelsea College, Deacon met the Queens group which motivated him to form his band called ‘Deacon’ which played on one occasion in 1970. In early 1971, John auctioned as a bassist for the ‘Queen,' and played his first show with the band at the College of Estate Management in June at Kensington. By 1973, Deacon played rhythm guitar as well as bass on many albums including ‘Hot Space.'

The Queen band released its first album in 1973, followed by other albums such as ‘Queen II’ in 1974. During the same period, Deacon co-wrote the third album, ‘Sheer Heart Attack’  followed by ‘Misfire’ and ‘Stone Cold Crazy,' and also played the guitar parts on the album. The Queens band also released hit songs such as, ‘Bohemian Rhapsody,’ ‘We will Rock You,' ‘We are the Champions’ and ‘Crazy Little Thing Called Love.'

In 1975, John Deacon wrote his second song, ‘You’re My Best Friend’ which became an international hit at the time and part of the group’s fourth album, ‘A Night at the Opera.' He also wrote a dancing soul titled, ‘Another One Bites The Dust’ in 1980 which became a hit song that was featured on both the black and white radio stations and became a massive funk/ disco hit. The song also emerged at #1 on the Billboard Hot 100 chart, No2 on the R&B chart and earned an American Music Award as a pop music classic.

During the same period, he made collaborations with Mercury and played a 1982 album titled, ‘Hot Space.' He also played with several other bands on tracks such as No Turning Back’ and ‘How Can I Go on.’

Outstandingly, John Deacon made another hit single titled, ‘I Want to Break Free’ from the album, ‘The Works’ which has a video of the band members in various types of domestic drags. He continued writing songs for the band's albums until in 1989 when he co-wrote, ‘The Miracle’ and ‘Innuendo’ in 1991 alongside other band members.

Additionally, John performed ‘Picking Up Sound’ and played with The Immortals band on the track, ‘No Turning Back,’ and played a soundtrack to the film, ‘Biggles: Adventures in Time’ of 1988. However, he reduced his music activities after the death of Freddie Mercury in 1991, although he played at The Freddie Mercury Tribute Concert for AIDS Awareness on April 1992 and in a charity concert with Roger Taylor on October 1993.

Later on, in January 1977, John Deacon performed alongside Elton John, in ‘The Show Must Go On’ and recorded with the Queen Band the song, ‘No-One but You (Only the Good Die Young). This song became part of the band's album, ‘Queens Rocks’ which was released in November. Deacon retired from the music business in 1997 and was replaced by the Queens band by Danny Miranda.

John Deacon married Veronica Tetzlaff on January 18, 1975. The Sunday Times Rich List noted that as at 2011, John Deacon was worth 65 million pounds or $103 million. Interestingly, a discovery made on the species of Genus, Heteragrion is named after him in honour of his musical and songwriting skills.