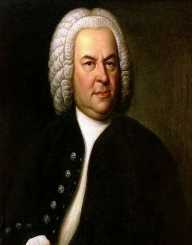 Jean Philippe Rameau was born on September 25, 1683. He was a French composer. He contributed a lot to the field of musical theory and Baroque compositions. Most of his works were classical based with dramatic overtones.

Jean Philippe Rameau was born on September 25, 1683, in Dijon. He was brought up alongside ten siblings. He was taught music by his father at a very tender age. His father was an organist and his formal music teacher. He at first wanted to pursue a career in Law, but his interests shifted to music. At the age of eighteen, he travelled to Milan to pursue a career in music.

Jean Philippe Rameau later returned from Milan and started working as a violinist in travelling corporations. He later became as organist in numerous cathedrals. In 1706, he moved to Paris where he composed and published his music. In Paris, he worked on his piece ‘Premier livre de pieces de clavecin.’ In 1709, he returned to Dijon to take his father’s place at the Notre Dame Cathedral. He later moves permanently to Paris. He was bent on composing operas. He received a lot of criticisms, but he did not give up on his ambition. He wrote the opera ‘L’Endriague’ which was conducted by Alexis Piron in 1723. The opera was a success, and it won him reputation and admiration and also a lot of accolades.

Jean Philippe Rameau later did four collaborations with Piron. He continued working on operas, theoretical works, and motets. Piron then introduced him to Alexander Jean Joseph. In the 1730s he was employed by La Poupliniere who was a wealthy man. At the rich man’s house, he was introduced to so many people and different musical instruments that he never used before. In 1733, he performed his first opera ‘Hippolyte et Aricie’ a La Poupliniere’s Estate. He later played the same opera at the Paris Opera.

Jean Philippe Rameau wrote and composed his second opera known as ‘Les Indes Galantes.’ He later wrote some more operas, and he emerged as a great opera composer. In 1745, he received the honorary title as a royal musician. He wrote many operas including his great work ‘Generation Harmonique.’ Frome 1750 to 1757 his opera ‘Les Paladins’ was the only opera that was staged since he had written and composed so many operas. In 1752, mathematician Jean D’Alembert assisted in distributing his work to the public and also translating his works into different languages that people would understand.

In 1726, Jean Philippe Rameau married Marie Louise Mangot with whom he had four children. He died on September 12, 1764, of ill health in Paris, France.