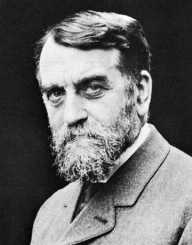 Jean Gottmann was born on October 10, 1915, in Kharkov, Ukraine, Russian Empire. His parents, Elie Gottmann and Sonia-Fanny Ettinger were both Jewish and were killed in 1918, Following the 1917 Russian Revolution. After the death of his parents, Gottmann was adopted by his aunt and uncle Emily Gottman and Michel Berchin, who escaped to Paris in 1921.

After finishing his primary and secondary education in Paris, Jean Gottmann began studying in the Sorbonne -the University of Paris.

While at Sorbonne, Jean Gottmann began working as a research assistant in economic geography under the guidance of his professor Albert Demangeon. He was working at the University from 1937 until 1941. When the Nazi army invaded France and put the 1940 Statute of Jews in order, which did not allow any Jews to work in public employment. Jean Gottmann was forced to leave his post.

After losing his job, Jean Gottmann fled to the United States and received the Rockefeller Foundation fellowship to attend the Institute for Advanced Study in Princeton, New Jersey. He was studying at the seminar of Edward M. Earle. During the World War II, Gottmann contributed to the U.S., consulting the Board of Economic Warfare and other agencies. He also joined the French academic community for exiled citizens La France Libre and began teaching at the New School for Social Research. In 1943, Gottmann was hired by Isaiah Bowman as a non-tenured professor at the geography institute of the John Hopkins University. In 1945, Gottmann returned to France where he worked for the French Ministry of the Economy. From 1946 until 1947, Gottmann spent two years as the director of research at the United Nations.

After the War ended, Jean Gottmann began working both in France and in the United States. He was trying to explain the human geography of America and Europe for both French and American public. He had a great advantage of the multicultural perspective, which caught the attention of Paul Mellon. He received a grant from Mellon to produce a regional study of Virginia. He also received finances from The Century Foundation, to study the North-Eastern seaboard of the United States. The latter became the paradigm in the urban geography and planning to define the global city-regions.

In 1957, Jean Gottmann married Bernice Adelson. In 1961, his career took a different turn, when he was invited by Fernand Braudel, Claude Levi-Strauss, and Alexandre Koyre to join the School for Advanced Studies in the Social Sciences in Paris. After this, in 1968, he moved to the University of Oxford, where he became the Professor of Geography and Head of Department at the Oxford School of Geography. He continued to work in Oxford until 1983 when he retired. Until the end of his life in 1994, Jean Gottmann remained in Oxford.

During his life, Jean Gottmann was awarded several prestigious awards. In 1956, he received the Honorary Fellowship from the American Geographical Society and the Charles P. Daly Medal in 1964. In 1980, he was honored with the Victoria Medal of the Royal Geographical Society. Jean Gottmann was also a fellow of the American Academy of Arts and Sciences and the member of British Academy.