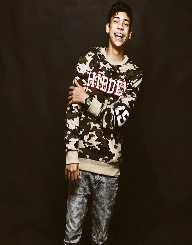 Jayden Croes was born on November 11, 1998, in Aruba, Oranjestad, the Kingdom of Netherlands to Gilbert and Susanne Croes. He has an older brother and a sister. He attended the Mon Plaisir College which he graduated in 2016.

Jayden Croes began to post videos together with his brother GilmherCroes and their friend Giomir Leocadia on the social media site musical.ly. He received widespread recognition in 2015 when the trio began to create skits that they posted on Facebook. He also began creating Vine videos. One of his most famous videos in a lip-sync to a Zara Larsson’s song Lush Life. Croes is also active on other social media sites, such as Facebook, Instagram, and YouTube.