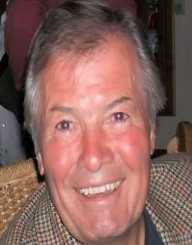 Jacques Pepin was born 18th December 1935, to Jean-Victor and Jeannette Pepin. He was born in Bourg-en-Bresse, in France. Pepin had two brothers, one older, and one younger. Pepin’s parents owned a restaurant after World War II, and Pepin worked with them for a time in the restaurant.

Jacques Pepin moved to Paris, where he began his culinary training under Lucien Diat, at the Plaza Athenee. In 1956 he joined the military, and for the two years he served, he was the personal chef to three French heads of state, including Charles de Gaulle.

After his military service, in 1959, Pepin relocated to the U.S. He worked at Le Pavillon, and was introduced shortly after to Helen McCully, a cookbook author and food writer, who looked after him in his new country. McCully introduced him to Julia Child, a celebrity chef, and author, and Pepin became good friends with Child and collaborated many times with her.

In 1961, a regular customer at Le Pavillon, Howard Johnson, hired Jacques Pepin to work with another Frenchman, Pierre Franey, to create food lines for his restaurant chain. During this period, he was studying at Columbia University, and he graduated with his degree in 1970. In 1972, he graduated with a master’s degree in French literature.

Pepin released his first book, Jacques Pepin: A French Chef Cooks at Home in 1975. He followed this in 1976 with La Technique. He has starred in a variety of television shows over the years. He did a series called The Complete Pepin in 1997, based on his book, La Technique.

Jacques Pepin has released 25 books to date, including, The Art of Cooking I and II (1987, 1988), Essential Pepin (2011), and Jacques Pepin: Heart & Soul of the Kitchen (2015). He keeps himself busy now by contributing to the Gastronomy department of Boston University, writing for Food & Wine, and serving as Dean of Special Programs at The International Culinary Center. Pepin is also the Executive Culinary Director for Oceania Cruises.

Among his awards and honors, Jacques Pepin has the following:

Jacques Pepin married his wife, Gloria, in 1966. The couple has one child.