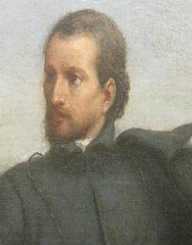 Jacques Marquette, also known as James Marquette or Père Marquette was a French Jesuit missionary explorer. Born on June 1, 1637, he explored with Louis Jolliet down the Mississippi River in 1673.

The exploration resulted in the first mapping of the northern part of the river. Marquette is the founder of Sault Ste. Marie, the first European settlement in Michigan and St. Ignace, Michigan.

At the age of 17, Jacques Marquette joined the Society of Jesus, becoming a Jesuit. He studied and later taught in the Jesuit colleges of France. In 1666, the Jesuits assigned him on missionary duties in New France the indigenous people of the Americas. Arriving in Quebec, Canada, Marquette learned the local languages, becoming highly proficient in the Huron language.

In 1668, the Jesuit sent him to St Lawrence River in the western Great Lakes. There, he helped in establishing a mission at Sault Ste Marie (currently Michigan) in 1668, becoming the first European settlement. In 1671, he founded another one at St. Ignace (now in Michigan). The next was at La Pointe, on Lake Superior, where his encounter with the people of the Illinois tribe, afforded him knowledge of the trading route of the Mississippi River.

Jacques Marquette abandoned his mission at La Pointe due to wars between the Hurons Lakota people. Moving to the Straits of Mackinac, he asked for permission from his superiors to explore the Mississippi River. In 1673, he joined French-Canadian explorer, Louis Jolliet for an expedition on the river. The governor of New France, Louis Comte de Frontenac had commissioned Jolliet to find the mouth of the river.

The expedition which began on May 17 comprised two canoes and five voyageurs. They traveled on the Lake Michigan towards Green Bay moving up to the Fox River. They had to portage through marsh and oak plains to cross the Wisconsin River. On June 17, they entered the Mississippi near Prairie du Chien. After traveling about 435 miles of the Gulf of Mexico, they returned to the mouth of the Arkansas River.

The expedition learned the Mississippi flowed through dangerous Spanish dominions, therefore decided to return. Following the Mississippi, they returned home through the mouth of Illinois River. Through the Chicago Portage, they arrived at Lake Michigan, near present-day Chicago. Upon reaching Green Bay, Wisconsin, Marquette stopped at the mission of St. Francis Xavier.

On the other hand, Jolliet continued to the journey to Canada. In 1674, Marquette embarked on a trip to the Illinois Territory to set a mission. However, he had to pitch a camp at a site currently in Chicago due to the winter. He ended up becoming the first European to live at the place.

Jacques Marquette contracted dysentery during the Mississippi expedition. He died while returning to his mission at St. Ignace on May 18, 1675, in what is now Ludington, Michigan.