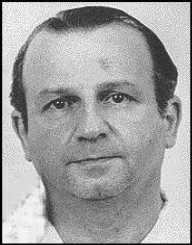 Jack Ruby was born on April 25, 1911, in Chicago, Illinois, U.S. He was an American nightclub business owner who shot Lee Harvey Oswald on November 24, 1963. Oswald was charged with assassinating the 35th U.S President John F. Kennedy and for killing J. D. Tippit a Dallas policeman.

He was sentenced to death by a Dallas jury but was granted a fresh trial after an appeal. However, before his trial, he developed lung cancer while in prison and died of a pulmonary embolism on January 3, 1967.

Ruby fully known as Jacob Leon Rubenstein was born on April 25, 1911, in Chicago, Illinois, U.S. He was the fifth child of Joseph Rubenstein and Fannie Turek Rutkowski. He grew up in a miserable family faced with frequent domestic violence and instability.

His father was an alcoholic who abused his mother and took out his anger on him and his siblings. He spent most of his childhood either in juvenile or in foster homes. In 1922, when he was 11, he was arrested for truancy and missed school on several occasions. As a teen, he began doing business deals in the streets, selling sports tickets and acted as an agent for Al Capone’s associates.

Jack Ruby gained a street reputation as a good fighter and was nicknamed ‘sparky’ by those who had known him. In 1943, he was enlisted for service in the United States Airforce Army at the time of the Second World War.

He served as an aircraft mechanic in the Air Force bases until 1946. He had a good reputation and was elevated to Private First Class before his discharge on February 21, 1946. The same year he moved to Chicago and in 1947 moved to Dallas where he managed several nightclubs, strip clubs, and dance halls. He formed close ties with various Dallas Police Officers and granted them different favors including, providing free liquor and prostitutes.

With the life in Dallas, Jack Ruby became so much involved in a life of crime, illegal gambling, narcotics, and prostitution. He moved to San Francisco to run errands alongside his peers of selling horse-racing tip sheets.

He moved back to Chicago and worked as an enforcer for a local branch of the Scrap Iron and Junk Handlers Union. He left Chicago for Dallas in 1947 and joined her sister to help her manage a nightclub named ‘Singapore Super.’

The same year, he and his brothers decided to change their surnames to Ruby, stating that Rubenstein was too long. He bought his sister’s nightclub and changed its name to ‘The Silver Spur.’ As much as he ran nightclubs and strip clubs, he also worked as syndicate lieutenant for the Chicago mobster responsible for payoffs for the Dallas police.

The killing and Prosecution

On November 24, 1963, Lee Harvey Oswald was taken to custody by the Dallas Police for assassinating President John F. Kennedy. Ruby was around the vicinity running an errand when he removed a gun and shot Oswald wounding him.

Jack Ruby was nabbed by the police and taken to custody. On March 14, 1964, after trial, Jack Ruby was convicted and sentenced to death for the murder of Oswald. His lawyers filed an appeal to grant him another trial to be set on a later date. The court granted his appeal and set a new date for a fresh hearing and trial.

The court overturned the death sentence and proceeded to set a new date for trial which was to begin in February 1967. However, on December 9, 1966, he fell ill and was taken to Parklands Hospital in Dallas due to Pneumonia.

After proper diagnosis, the doctors’ report read that Jack Ruby had cancer in his lungs, brain, and liver. He died three weeks later on January 3, 1967, at Parklands Hospital of pulmonary embolism from lung cancer. He died at the age of fifty-five and was buried in the Westlawn Cemetery in Norridge, Illinois.