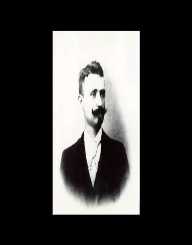 Ivan Cankar was a Slovenian author, playwright, and poet. Ivan Cankar is best known for his short stories and his novel On the Hill.

Ivan Cankar was born on May 10, 1876, in Vrhnika, which was part of Austria-Hungary. His father was a poor artisan and left the family early on. Ivan Cankar was mostly raised by his mother who was in charge of the large family. While in school, Ivan Cankar often wrote poetry and prose. The early influence of Anton Askerc's epic poetry changed his writing style.

Ivan Cankar started his education in Vrhnika but studied at Technical High School in Ljubljana. In 1896, Ivan Cankar was a student of engineering at the University of Vienna. However, Ivan Cankar changed his studies to Slavic philology and European literature.

Ivan Cankar left the university to tend to his sick mother. When she passed, Ivan Cankar moved away from home to Pula, then Vienna. His writing initially focused on positivism. However, his attention changed to spiritualism and symbolism. Ivan Cankar's first book of poems titled Erotika was published in 1899. His play For the Welfare of the Nation was written in 1902 while his first novel On the Hill was published the same year.

Ivan Cankar continued to publish novels, but his book in 1906 was a bit more different than the others. Martin Kacur fell more into the genre of autobiography. Ivan Cankar turned to politics in 1907. Ivan Cankar ran for Austrian Parliament but was not elected. In 1909 while living in Sarajevo with his brother Karlo, Ivan Cankar was disturbed that his political party was making a move to conform to a Yugoslav identity.

Ivan Cankar traveled through city and country to give speeches to promote the Slovene identity. Sometimes Ivan Cankar got in trouble for his speeches. For example, his 1913 speech that was for a political merger of South Slav people offended the monarchy. He was arrested for speaking such defamatory statements. Even his 1916 play titled Serfs was banned for two years because the satire of the contents was shocking.

In 1917, Ivan Cankarwas drafted into the military. Ivan Cankar was not able to serve because of his ill health.

One of his last speeches was in 1918. Ivan Cankar spoke about the moral purification of Slovene culture.

Ivan Cankar died on December 11, 1918, in Ljubljana, Slovenia at the age of 42. The cause of death was pneumonia.

Despite his short life, Ivan Cankar is recognized as the father of modern Slovene literature and theater. Ivan Cankar was also an advocate for the Slovene identity and culture. His works focused on the hardships of the common man while preserving the culture of his homeland.

The work of Ivan Cankar offended those who oppressed or exploited the common man. From very early on, his work was caught up in controversy. His first book Erotica was bought and burned by the bishop of Ljubljana.

• First Slovene author to write in the Slovene language and able to make a living full-time
• The image on the 10,000 tolar bill of Slovenia from 1994 to 2007