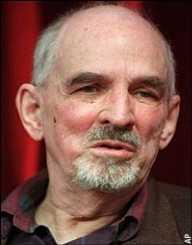 Swedish filmmaker, theatre director, and writer Ingmar Bergman was born in Uppsala, Sweden to Karin Akerblom and Erik Bergman. He was one of three children and had a brother Dag and a sister Margareta. Bergman Snr. was a Lutheran minister, and the family was religious, and Bergman had a strict upbringing. When he was 16, he spent time in Germany with family friends where he witnessed a Nazi rally and saw Adolf Hitler.

Ingmar Bergman was a pupil at Palmgren High School and was later described by the school principal at the time as a problem student. Bergman was quoted as saying that he found school and homework boring. He did his compulsory military service and later enrolled at Stockholm University (1937) where he studied literature and art. During his time at university, he got involved in student drama but left without graduating.

Bergman began writing plays and an opera, and in 1942, he directed the play Caspar’s Death, a script he had written. He also did a well-received production of Shakespeare’s Macbeth in 1942.  In 1944, he wrote a screenplay, Torment which was directed by Alf Sjoberg. He was also appointed the assistant director on the film. An early film of note was Wild Strawberries (1957), the story of an aging professor driving across Sweden to be awarded an honorary degree.

Ingmar Bergman won a 1961 Academy Award for Best Foreign Language Film for The Virgin Spring (1960). He went on to receive 11 more Oscar nominations and won another two: Best Foreign Film Through a Glass Darkly (1961) and Best Foreign Film Fanny and Alexander (1983). He was also presented with the Irving G. Thalberg Memorial Award at the Academy Awards in 1971. Bergman was nominated for 8 Golden Globe awards and won six. In 1961 Bergman was made a Foreign Honorary Member of the American Academy of Arts and Sciences. He won numerous other nominations and awards for his work.

Bergman was arrested on charges of tax evasion in 1976.

After his arrest, Ingmar Bergman had a nervous breakdown and suffered from depression.

He also had a relationship with actress Harriet Andersson which lasted from 1952 until 1955. Bergman left an autobiography about his life and work, entitled The Magic Lantern (1988) as well as the publication My Life In Film (1994). He died at the age of 89 in October 2006.