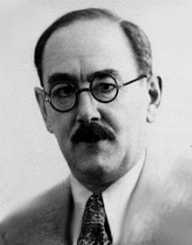 Hungarian political leader Imre Nagy was born into a Hungarian peasant family on the 7 June 1896 in Kaposvar, Hungary.

Nagy worked as an apprentice locksmith before the outbreak of World War I. After his capture by the Russians, he joined the Red Army and became a Communist. Then in 1929, he relocated to Moscow where he joined the Institute for Agrarian Sciences until 1944.

At the end of World War II, Nagy returned home to Hungary which was under Soviet occupation and assisted in setting up a postwar government. He was a cabinet minister for four years from 1944 until 1948. In 1949, he disagreed with the authorities over his stand on peasant welfare but later reconciled. Between 1953 and 1955, Nagy was prime minister of Hungary and served a second time in 1956. In 1956, he left politics due to renewed conflict with the Soviets and began working as a teacher.

Nagy’s involvement with the October uprising in 1956 led to his appointment as the prime minister of Hungary until Soviet troops subsequently invaded Hungary. Deported to Romania by the Soviets to Romania, Nagy was tried for treason and executed in 1958.

M. Rainer published a biography on Nagy in 2002. After pressure from the Democratic opposition, Nagy was reburied in Hungary with full honors in 1989.

He married Maria Egeto in 1925, they had one child, Erzsebet and remained married until his death in 1958.