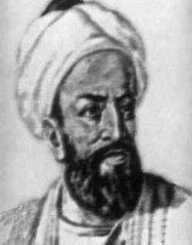 Born on February 24, 1304, Ibn Battuta rose to become a famous traveler whose traveling experiences went a long way in providing unique experiences in all destinations he visited. Through the traveling experiences he gained, these were featured in the Travels- Rihla publication. In a traveling career spanning over three decades, Ibn Battuta mostly toured notable Muslim countries. Some of these areas included North Africa, West Africa, Horn of Africa, the Middle East, Central Asia, China, and India.

Ibn Battuta was born February 24, in 1304. His place of birth was in Tangiers, a city found in Morocco. His family was from an African tribal clan which was called ‘Berbers.’ Ibn Battuta was born to an educated family that mostly served as judges. Little is known about where he went for his early education. Nonetheless, it is assumed that he went to school at Sunni Maliki. It is from this school that he obtained his literature studies.

Ibn Battuta took his first voyage in 1326. During this time, he was 21 years of age. The first trip that he took was to the City of Mecca. While here, Ibn Battuta also made a point of touring to neighboring towns such as Damascus. His main idea behind these short trips in Mecca was to acquire knowledge from scholars. This would later earn him several diplomas. Around this time, another major city that he toured was Medina. These early tours marked the beginning of his traveling career. During this period, merchants made trips to different places. To Ibn Battuta, he took advantage of his trips to earn a living out of it. Most of the incomes he obtained were in the form of gifts from kings and other rulers. Bearing in mind that he was regarded as the man of letters, this status also earned him high acclaim thereby also earning money out of it. Ibn Battuta resided in the City of Mecca until 1330.

The following year, he shifted and toured Somalia and resided in Mogadishu. During this time, the city was under the command of Abu Bakr ibn Sayx. At the time, the area was highly successful. After this, he went to Mombasa and later to Kilwa. Here, Ibn Battuta admired the town planning that the area had adopted. His next trip was to India. This came after the motivation that he wanted to be hired by Mohammad bin Tughlaq, a ruler of the Delhi Sultanate. To get to India, he first traveled to Anatolia in 1332. Two years later he went to the city of Constantinople. It is after this that he took a voyage to India. Just like other travelers, he opted to use the common route through Hindu Kush Mountains. He Arrived in Delhi later that year in September. He went to Muhammad bin Tughlaq, the king of the Delhi Sultanate.

Seeing the experience that Ibn Battuta had, the king appointed him to become one of the judges to Islamic law. Nonetheless, he was disappointed because India was an area where most people were not Muslims. Regardless, Ibn Battuta spent six years working in India. He later visited Sudan and Spain. These were Islamic countries that he had not yet visited at the time. He arrived in Sudan in 1352. The following year, he traveled back to his home country, Morocco. He went on to serve as a judge while in Morocco.

Ibn Battuta’s own life is somewhat secret since all information about him was published in his book titled Rihla. Information obtained from this book reveals that he wedded one of the daughters to the Maldives royal family. He got married when he was working as a judge.

Historical facts have little information regarding Ibn Battuta death period. Due to this, the time of his death is speculated to be either 1368 or 1369.