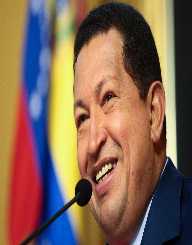 Hugo Chavez was one of the most influential figures in the history of Venezuela politics. Chavez went to the Venezuelan military academy after which he participated in the failed attempt to overthrow the government. With the failure of the coup, Chavez got his two-year sentencing in prison. Soon, he was the president of Venezuela in 1999. While in power, Chavez proposed a new constitution that would, in the end, change the name of Venezuela to the Bolivarian Republic of Venezuela. In addition to this, he fought for gaining power in running activities of the oil company which the state was in control of. This caused heated controversies all over as it also brought conflicts with the U.S.

Hugo Chavez was born on July 28th, in 1954. His birthplace was in Sabaneta, Venezuela. His parents Hugo de Los Reyes Chavez, his father and Elena Frias de Chavez were both teachers. Certain financial challenges led to Chavez being raised by his grandmother. For his elementary education, he attended Julian Pino Elementary School before joining Daniel O'Leary High School.

Hugo Chavez later attended Venezuelan Academy of Military Sciences and went on to graduate in 1975. After his graduation, he served as an army. It is in the army that he began his revolutionary movements with the main aim of bringing change to Venezuela.

With his disappointment in the Venezuelan government, Chavez partnered with other military members in 1992 in an attempt to overthrow Carlos Andres Perez government. Their mission failed, and this led to imprisoning of Chavez. He was however pardoned after spending two years in jail.

Shortly after being released from prison, Chavez launched his revolutionary party, Movement of the Fifth Republic. With Chavez being the leader of the party, he ran for the presidency in 1998. He promised to bring reforms by ending the corruption that the Venezuelan government was faced with.

After winning the elections, Chavez began his first term as the Venezuelan president on February 2nd, 1999. His first mission in office was to alter the constitution of the country. This later led to changing the country’s name to the Bolivarian Republic of Venezuela.

A few years later, Chavez found himself in trouble after attempting to gain control of the state-run oil company. Challenges faced him from all corners as he even sparred with the United States. In addition to this, other neighboring nations were also lamenting. In April 2002, Chavez was removed from his presidential office by the military. Moments later, he was back in office, but protests against him did not stop. As a result, a referendum was held to decide whether he should stay in office. Fortunately, majority votes wanted him to complete his term in office.

Chaves continued his war against corruption by also altering the constitution. This gave power to elected government officials to dismiss corrupt individuals. Other amendments that he made ensured that indigenous people were safeguarded. Education and housing systems improved considerably. Furthermore, it augmented healthcare and food rights for the Venezuelan people. His success after such reformations led to his re-election back to serve as the president. His second term in office began in 2001 and ended in 2007. For his second term in office, his main goal was to eradicate illiteracy in Venezuela.

On March 5th, 2013, Hugo Chavez passed away, and this led to his presidential seat being taken over by his vice president, Nicolas Maduro.

During his lifetime, Chavez got married two times. First, he got married to Nancy Colmenares. The couple stayed together for 18 years and had three children in the process. In 1997, he tied the knot with Marisabel Rodriguez and had one child before separating in 2000. They were legally divorced four years later in 2004.