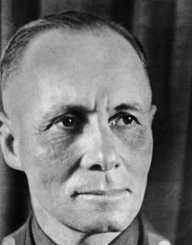 Hermann Goring a high-ranking Nazi officer, who was a fighter pilot during first World War.

Hermann Wilhelm Göring (or Goring) was born on 12 of January 1893, in Rosenheim, Bavaria. He was born at the Marienbad Sanatorium, to father Heinrich Ernst Göring and mother, Franziska Tiefenbrunn. Hermann had five step-siblings, and two sisters and two brothers.

Hermann Goring's father was the first Governor-General of the German protectorate of South West Africa, and so the children were left to care for by family friends in Bavaria.

When their father Heinrich retired around 1898, the family lived with Hermann, Ritter von Epenstein, a friend who was a surgeon. Hermann Goring was supposedly named after his godfather, who sponsored the family regarding financial and housing.

Hermann Goring was sent to boarding school at Ansbach, Franconia. He was eleven and hated school, and sold his violin for his ticket home. After managing to escape boarding school, Hermann attended cadet institutes at Karlsruhe, before going to the military college at Berlin Lichterfelde when he was sixteen.

Hermann Goring was a fan of mountain climbing, scaled Mont Blanc massif and the Austrian Alps.

After the first world war, Hermann Goring went to study political science at the Ludwig Maximilian University of Munich.

When Hermann Goring was in the army, the family left for Munich, after the fallout with Hermann Epenstein. During World War I in 1914, Hermann was based in Mulhouse with the 29th Division of Imperial German Army.

During a stint at the Vosges region, Hermann Goring was hospitalized with rheumatism caused by staying in the damp trench. He was approached by his friend Bruno Loerzer and applied for a transfer to Luftstreitkräfte (air force combat).

After he was denied, Hermann got into the plane as Bruno’s observer in Feldflieger Ableilung (FFA) 25. He was sentenced to three week’s confinement in the barracks but escaped it as their partnership was officialized before the sentence was given.

Hermann Goring succeeded Wilhelm Reinhard as commander of Jagdgeschwader Freiherr von Richthofen (Flying Circus), Jagdgeschwader 1 in July 1918. He and his team members intentionally crash-landed their planes when they were ordered to surrender after the war.

After the war, Hermann briefly worked at Fokker, before moving to Sweden in 1919. He worked for Svensk Lufttrafik as a private pilot.

There, he met Baroness Carin von Kantzow. Hermann went to Munich to study in University, and the Baroness divorced her husband. The pair were married on 3rd of February 1923, living in the Bavarian Alps.

Carin Göring died of heart failure in Oct 1931, caused by her illness with epilepsy and tuberculosis. Hermann later married Emmy Sonnemann on 10 April 1935 in Berlin. They have a daughter who was born in 1938.

Hermann Goring first met Adolf Hitler in 1922 and joined the Nazi Party after hearing Hitler’s speech, moving back to Munich.

Initially given command of the Sturmabteilung (SA), Hermann rose in rank to Oberster SA-Führer in a year, as he was admired by the Führer. Later, he was elevated to rank SA-Gruppenführer and remained so until 1945.

Hermann Goring was in the failed coup known as the Beer Hall Putsch, where he was shot in the leg. With the help of his wife Carin, Hermann escaped to Innsbruck, Austria for medical treatment. It was then that Hermann gained his morphine addiction, which lasted until his death.

Relying on the goodwill of Nazi sympathizers, Hermann and Carin moved from place to place, until he was placed into Långbro asylum on 1 September 1925 for his addiction. When amnesty was declared in 1927 by President von Hindenburg, he returned to Germany and back into the aircraft industry.

Hermann Goring remained in the Nazi Party, becoming a representative from Bavaria. When the Great Depression hit in 1929, the Nazi Party gained seats in the election, and Hermann became President of the Reichstag in the 1932 election.

When Hitler became Chancellor the next year, Hermann Goring was appointed the interior minister of Prussia under Franz von Papen. He was also a minister without portfolio in the cabinet.

Hermann Goring as the interior minister allowed him to establish Geheime Staatspolizei or Gestapo. The Gestapo was a Prussian police force. From the beginning of 1934, the Nazi’s gained power via assassination and suppression of other parties. Hermann also established his air force, the Luftwaffe.

The Nazi’s depended on Hermann’s air force to beat the enemies. The Royal British Air Force managed to withstand the attack, and it was the start of Nazi downfall.

After Hitler committed suicide in 1945, and Hermann Goring surrendered on May 9, 1945, in Nuremberg, Bavaria. He was sentenced to hang due to his crimes, but he managed to kill himself by taking cyanide before the sentence was meted.

Hermann Goring and the other executed leaders were cremated, the crematorium of the Dachau concentration camp was re-lit exclusively for them, the ashes were scattered in the Conwentzbach in Munich.

The Crown Prince around 1914 awarded Hermann Goring the Iron Cross. During the war, he was also given Zaehring Lion with swords, the Karl Friedrich Order and the House Order of Hohenzollern with swords.

Hermann Goring was also given Pour le Mérite 1918 even though he did not achieve the required twenty- five air victories (Hermann only had twenty- two confirmed kills.)

During World War II, Hitler gave Hermann Goring the Grand Cross of the Iron Cross, for defeating the enemy’s army. Hermann was also made Reichsmarschall (Marshal of Germany), second to Hitler himself.