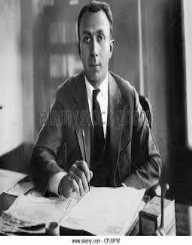 Harry M. Warner was born on December 12, 1881, in Poland as Harold Eichelbaum in the district of Warsaw. His parents had a total of 12 children out of which three died early while nine grew into adulthood. Harry tried his hands on a lot of things while growing up and even worked with his father as a shoemaker. He also worked in a bicycle shop, a meat counter, and a bowling alley. Harry Warner's father was named Benjamin while his mother was named Pearl.

Harry’s family moved to the United States while Harry was eight years old. He owned a bicycle shop, which he sold after a while. Harry bought a theater with the proceeds of the sale to begin his theater exploration. The theater was furnished with chairs that he got from an undertaker that lived nearby. He named the theater “Bijou.”

Harry Warner set his eyes on filmmaking from the beginning of his theater and was open to the impact of new technology. There are impeccable ethics and patriotism that Harry stood for as he began his forays into business.

In the year 1917, Harry Warner and his brothers filmed “My Four Years in Germany,” and it was the American Ambassador named James W. Gerard. He was sent back home to Berlin over some indiscretion. At that time, the outcome of that film was well-received as it was a significant development.

The Warner Brothers got their company incorporated in the year 1925 to make them a trailblazer in the new film business that was budding at that time. They set out to acquire the Vitagraph Company and the company owned Vitaphone. It was an innovation of synchronized sound with action which held lots of potential at the time.
In the year 1927, the company released a talking picture based on their Vitaphone technology. The Jazz Singer was the debut work that Warner Brothers issued by the new frontiers they explored.

Some of the films that Harry Warner and his siblings released were big hits, and they included the likes of “Gold Diggers” series. Others such as the 1935 flick, G-Men, and A Midsummer Night's Dream were very successful. The 1938 film, The Adventures of Robin Hood was such a huge hit. They did not skirt away from controversy as they explored “The Black Legion,” which was released in 1937. This film had the theme of religious and racial extremes.

The Warner Brothers included Harry, Jack, Sam, and Albert. The theaters they owned in the state of Pennsylvania and Ohio were fifteen at the time. As the cinema business blossomed, the cost of patent films they screened was all on the high side. Harry and his brothers agreed to explore movie production instead and this they launched into in the year 1912. The likes of such movies such as the 1923 release, The Gold Diggers was such that helped to solidify the movie-production business. The subsequent work depicted on “Rin Tin Tin” was based on a dog owned by Harry. It was a German shepherd that was trained in several routines such that it became a huge asset.

At the dawn of the Great Depression, the studio was able to wade through and sign on the rival firms’ top stars. “The Public Enemy” was one of the top grossing gangster movies which like “Little Caesar” made Harry and his brothers a lot of money.

The World Of Blockbusters

Harry Warner immersed himself in the art of exploring the best of films and sound, and this led to the 1931 film, “Little Caesar.” The Life of Emile Zola was made in 1937, and it was one that attracted some controversy as well. That notwithstanding, it was able to earn an Oscar. The category was for Best Picture during the award ceremonies.
Casablanca was another legendary release that came from the stables of the Warner Brothers in 1942. It became the bestselling movie of the time.

Harry Warner was a trailblazer, and this led to his carving out a unit for animation in the year 1933. The company released the cartoons for the use of theaters and films like “Looney Tunes” as well as “Merrie Melodies” were examples. “Porky Pig,” “Sylvester” and “Tweety Bird” were runaway successes just like “Road Runner” and “Wile E. Coyote.” The growth of Harry’s film empire was astounding such that it is recorded that up to $20 million was spent in war bonds by audiences to watch their releases. It was films like “This Is the Army” as well as “Yankee Doodle Dandy” that made the difference.

Harry was a forthright person, and he had run-ins with his brother, Jack over his questionable approach to business. In 1947, he stopped further involvement in the work of the studio and devoted time to his racehorses instead.

Journalists gave Harry Warner a nickname, and he earned the moniker, “the godfather of the talking screen.” Harry’s philosophy was that the medium of filmmaking makes it possible to highlight what was right and wrong. Harry saw this in the light of the Bible, and he saw it as a pathway to teaching what was right to the audiences.

Harry Warner got some honors during his lifetime and was awarded a certificate by the Academy Awards committee in respect of short films he made. This was apart from the earlier Oscar won by the movie, “The Jazz Singer” in 1929. Harry also got recognized by the Hollywood Walk of Fame with a star in the year 1960. The Pennsylvania Slippery Rock University also instituted a yearly film festival in his honor in the year 2004.

Harry Warner got married in 1907 to Rea Levinson. The union produced Betty, Doris, and Lewis and was enduring till he died.