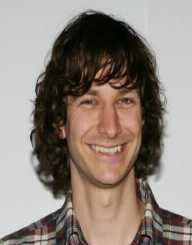 Musician and songwriter Gotye was born Wouter De Backer on the 21 May 1980 in Belgium. He immigrated to Australia with his family when he was two years old, and they initially lived in Sydney, NSW before settling in Melbourne, Victoria. By the time he was of school age in Australia, he was known as Walter, the English equivalent of his first name. He showed musical talent as a child and was taught piano. Later he also taught himself to play the drums and became fascinated by a variety of instruments.

After high school, Gotye enrolled at the University of Melbourne and obtained a BA.

During his high school years, Gotye formed a group with school friends, but they disbanded when graduation. He recorded his first CD under the project name Gotye and began sending his music out to radio stations around Melbourne. Around this time, he became acquainted with Kris Schroeder, and they formed The Basics, sharing songwriting skills and performing around Melbourne’s live music scene. Meanwhile, De Backer continued with his Gotye project and produced several tracks which received airtime on Triple J radio. The album Boardface was released in 2003.

His second Gotye album, Like Drawing Blood, came out in 2006 to critical acclaim. The album was voted the best album of the year by Triple J listeners and also turned platinum. He had another hit with Hearts a Mess in 2009. Shortly afterwards his music started getting airplay in Europe, and he had continued success with Like Drawing Blood (2011). In 2012, Like Drawing Blood was released in the United States.  His third Gotye album was Making Mirrors (2011), and the single from the album Eyes Wide Open was a hit in Australia.

Another single Someone That I Used to Know was a significant hit internationally and chartered in Australia, Belgium, Canada, France, Germany, the UK, France, and Australia. The album itself turned either gold or platinum in 11 countries. In 2014 Gotye joined the Basic on their album The Age of Entitlement (2015). He founded a record label in 2017, Forgotten Futures, the first offering was a collection of Jean-Jacques Perrey archival recordings.

Someone That I Used to Know won a Grammy Award for Song of the Year (2011) and the album Making Mirrors won a Grammy Award for Best Alternative Album (2013). The collection also won an ARIA in 2012 for best album. Gotye also received an ARIA for the best male artist in 2012. He also won the Most Outstanding New Independent Artist award at the Australian Independent Record Chart Awards.