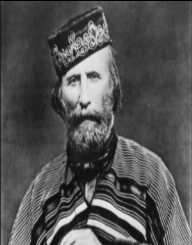 To fight for one’s country is one of the greatest honor ever. Giuseppe Garibaldi having realized this, chose to fight for his country and by so doing became a famous hero. He was hailed as one of the fathers of the fatherland for his contribution in the unification of the already fractured nation. He is also known for his conquest of the Sicily and Naples which have been seized by France. He was also known for trying to set up a republican government for the already unified country. He aimed to ensure that Italy is unified and he fought against the Austrian Empire and House of Habsburg.

Giuseppe Garibaldi later got a larger part of the land that belongs to Italy from them. Soon, he fought several wars to ensure that papacy was abolished totally. He also used the guerrilla warfare techniques which he learned while fighting the imperialistic force. After he had fought numerous war to unify the country, he led a pacifist life in his farm and advocated for the universal franchise in the country.

Giuseppe Garibaldi was born to Domenico Garibaldi who was a pilot in a trading ship and a pious woman, Rosa Raimondo. He was born on the 4th day of July 1807 in the present day France. He is known to have joined his father at sea to follow his footstep when he was just fifteen. In 1832, he received a certification as a merchant marine captain. Later, he met one of the members of GIovine Italia Movement and vowed to join the group in a bid to free his homeland from foreign control. By 1835m he took a mutiny to establish a republic in the country. He was then condemned to court in absentia, and he fled the country.

Giuseppe Garibaldi ran to South America for a period that there was a political turmoil. He then decided to become a naval captain for the Republic of Rio Grande do Sul who was on the verge of breaking up. The war, however, ended later with the effort becoming a futile one. By 1841, he moved to Uruguay with his wife where he raised an Italian Legion against the Argentinean dictator, Juan Manuel. Between 1842 and 1848, his troop was able to win a lot of battles and his success tale transcends to Europe.

Giuseppe Garibaldi later learned the techniques in guerrilla warfare which he became helpful later. He went back to Italy with sixty of his Italian Legions. It should be noted that he had once offered his service to Pope Pius IX which he refused. He then offered to fight the King of Piedmont-Sardinia, Charles Albert, for his conviction in 1832. He was, however, able to defeat a larger part of the Austrian army, but he retreated. It was at that time that the Austrian Army defeated Charles Albert. Upon hearing this, he set out for Rome in support of the Republicans in Rome.

Upon hearing this, Napoleon III sent French forces to Rome; Giuseppe Garibaldi defeated most of the French Army outside Rome at Valletri. He played a great role in defense of the country at this period following the arrival of more army for the siege of Rome. The fight was later continued on the mountain. However, Giuseppe Garibaldi was unable to get asylum in any part of Europe but got one in Morroco. His wife, however, died on their way to the country. Most of his man deserted him, but he was still known till now as the Hero of Two Worlds because of his tenacity and courage.

Giuseppe Garibaldi later went back into the Sea trading having realized that his political will is unachievable. He tried his best in laying his hand on many jobs which were unsuccessful. He later bought a ship which he set to Newcastle having worked as a commander of a trading ship traveling to the world. He later went into military upon the break of Italian Second War of Independence. He later embraces the unification idea of the Prime Minister, Camillo di Cavour, King of Piedmont. He later formed a volunteer unit, Cacciatori Delle Alpi and was designated a Major General in Piedmont’s army. His army was successful and crushed a larger part of the French Army.

He was able to deliver the city of Sicily and Naples. Giuseppe Garibaldi won many territories for the King except Rome which he was stopped from taking over by the King.  However, he kept on advocating for the abolition of the papacy. He was however elected as a member of the French National Army after assisting the French Republic against Prussia. He was later elected to the Italian Parliament and established League of Democracy.

Giuseppe Garibaldi married three times to Ana Ribeiro that is known to Anita before in 1942 and died in 1949. He later married an 18-year-old woman who was pregnant for someone else. After this, he married another woman in 1880 and had four children with her. He finally died on June 2, 1882, after being crippled by Arthritis and buried on his farm.