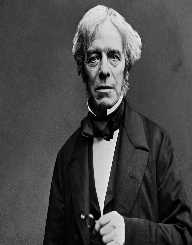 Giulio Natta was born on the 26 February 1903 in Imperia, Italy. He was an academically gifted child who was fascinated with chemistry and enjoyed carrying out experiments.

Between 1919 and 1921 Natta studied mathematics at the University of Genoa. He obtained a degree in chemical engineering from the Milan Polytechnic in 1924 and then taught at the Polytechnic between 1927 and 1933.

His research involved working with industry to study high polymers to develop new products. His breakthrough came in 1954 when Ziegler and Natta found a way to introduce a simple, controlled chemical process to produce polymerization with at room temperature with minimal pressure. This discovery made the manufacture of industrial plastics affordable. It was named the Ziegler-Natta catalyst, and in 1963, they shared the Nobel Prize in Chemistry.

Giulio Natta married Rosita Beati in 1935, and the couple had two sons, Giuseppe and Franca. They remained married until Beati’s death in 1968.

In 1956, Giulio Natta was diagnosed with Parkinson’s Disease. He died in Bergamo, Italy on the 2 May 1979 at the age of seventy-six.