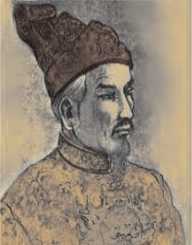 Gia Long was born on February 8, 1762, in Hue. He was born to Nguyen Phuc Luan and Nguyen Thi Hoan. His father was the heir of Lord Nguyen Phuc Khoat of Southern Vietnam. Lord Nguyen, however, changed his will at his deathbed and left his rule to Gia Long's younger brother, Nguyen Phuc Thuan. His father was later arrested and killed. In 1777, his uncle was also killed during the Tay Son Rebellion, and so the position of Southern Vietnam was left vacant.

Gia Long later fled to Ha Tien on the Southern Coastal tip of Vietnam where he met Pigneau de Behaine who was a French Priest. The priest became his advisor and assisted him in escaping his enemies.

Gia Long escaped to the Island of Pulo Panjang in the Gulf of Siam. He sought help from the European forces. He approached the English, Dutch, Spanish, and Portuguese for assistance. The priest later warned him from seeking help from the Dutch, and so the priest sought French assistance on his behalf. The French provided him with arms and munitions while he assembled forces at home and abroad. He was trained by the French in modern warfare and also introduced him and his men to Western Technology to be used in the war. He was also provided with naval vessels and fortifications.

In 1802, with the help of the French and the commitment of his men, Gia Long secured victory over Hue and Hanoi. He then became the Emperor of the Nguyen Dynasty. He also unified Vietnam after several wars. He implemented a classical Confucian education and civil service system. He also made modern the country’s defensive capabilities. He, however, did not expand his country’s commercial and trade ties with the European Nations. Gia Long ruled for almost twenty years. During his rule, he implemented monetary and legal reforms and also built public granaries where harvests were stocked for future famines.