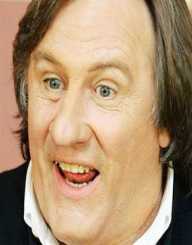 Gérard Xavier Marcel Depardieu is a French motion picture actor considered as one of the most excellent and versatile character actors in film history. Born on December 27, 1948, he is known for his mixture of gentleness and physicality in films. Depardieu has starred in over 170 films since making a debut in 1967.

Gérard Xavier Marcel Depardieu was born on December 27, 1948, in Châteauroux, Indre, France as one of five children of the Jeanne Josèphe (née Marillier) and René Maxime Lionel Depardieu. His father was a metalworker and volunteer firefighter. Depardieu dropped out of school at age 13 and found a job at a print work. He later engaged in selling stolen items and was at a point put on probation.

Gerard Depardieu left his hometown Châteauroux for Paris at the age of sixteen. While in Paris, he launched an acting career by appearing in plays at the comedy theatre Café de la Gare. Actors he worked with at the time were Patrick Dewaere, Miou-Miou, Sotha, Coluche, and Romain Bouteille. He received dancing lessons from Jean-Laurent Cochet. Depardieu remained underground until 1974 when he came to limelight with the role Jean-Claude in Les Valseuses (Going Places).

He gained grounds in the film industry and started receiving several prominent roles. In 1976, he appeared in Bernardo Bertolucci’s historical film 1900 starring Robert De Niro and in 1980 played in François Truffaut's The Last Metro alongside Catherine Deneuve. He won the César Award for Best Actor for his role.

Gerard Depardieu's breakthrough in the international scene came through his role as a hunchbacked farmer in the film Jean de Florette in 1986. He continued his stunning performance with a starring role in Cyrano de Bergerac, 1990, winning him his second Cannes Film Festival for Best Actor, his second César Award for Best Actor and a nomination at the Academy Awards.

He co-starred in Peter Weir’s English language romantic comedy Green Card, 1990, winning a Golden Globe Award for the role. His other English language films include 1492: Conquest of Paradise, 1992, Hamlet, 1996, and Life of Pi in 2012. He featured in A Farewell to Fools, 2013 and played the main character in the play Antwerp, 2014.

Gerald Depardieu married Elisabeth Guignot in 1970. The couple has two children actress Julie Depardieu and actor Guillaume Depardieu who died of pneumonia on October 13, 2008. The couple separated in the 1990s and finally divorced in 1996. In 1992, Depardieu had a daughter, Roxanne, with his mistress model Karine Silla.

After divorcing Elisabeth, he started dating actress Carole Bouquet from 1997 to 2005. Depardieu, at the time, was also dating French-Cambodian Hélène Bizot, with whom he had a son Jean in 2006. Depardieu underwent heart surgery in July 2000.

Russian president Vladimir Putin signed an Executive Order to grant Depardieu Russian citizenship on January 3, 2013. A young female actress accused him of sexual assault and rape in August 2018, which Depardieu denied through his lawyer.