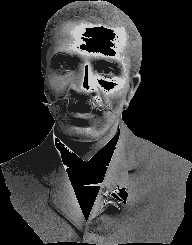 George Washington Carver was one of the best African-Americans of his era. He loved to spend his days on research and invention from peanuts to potatoes and soybean. His rose to fame created more doubts than truth. His decent birthplace played a significant role in his heroic name. His contribution to life science goes beyond the natural things. For his agricultural innovations and sacrifice, Gorge Carver was recognized in the list of ‘100 greatest African-Americans’

No clear evidence showed the date when Gorge Carver was born because he was born a slave on Moses Carver farm. It was likely in 1861 or January 1864 in Missouri, Diamond Grove, United States. Little is known about Carver’s father, Giles. Before George was born, Giles was killed while on his duty. George had a brother named James and several sisters.

Unfortunately, in his childhood, raiders invaded Moses Carver’s farm kidnapping Gorge, his sister, and mother. It was later heard that they were sold to Kentucky, but one of Moses agent later found George. He was then returned to Missouri where Carver and his wife raised him. He learned to write and read like a regular schooling teenager.

Gorge Carver wanted to study botany. He joined the University Greenhouse where he continued to study and later earned a master’s degree in agriculture in 1896. He loved to search different cures for certain fungus diseases. He gave up on his botany lessons and opted to help his foster father. From the start, he was a feeble child, and it was difficult for him to work in the fields. Carver’s wife, Susan taught her house chores as well as making herbal medicines.

Gorge Carver came to love plants, and soon he began to experiment natural soil conditions, fungicides, and pesticides. He was nicknamed ‘the plant doctor’ by local farmers. The reality came when George took his calling seriously. He started to improve his locality by weighing several ways that enhanced their gardening and much more.

Later on, Gorge Carver enrolled at the School for African American Children in Neosho. At the age of 13, George left the farm and went to Minneapolis, where he joined high school. He paid his tuition fee by working at a local hotel kitchen. In the process, he formulated new recipes that were later done in local baking competitions. In 1880 Washington graduated from Minneapolis High School and aimed for his college education.

Gorge Carver's ultimate ambition was to join College where he tried several methods to attain a scholarship. For once, he wrote an incredible essay and sent it to the Highland Presbyterian College administration. To his surprise, he was granted a full scholarship. Unfortunately, George was turned away since he was black. That is where he opted not to choose his career and started to work at a variety of jobs while saving and looking for a college.

In 1888 Gorge Carver was accepted at Simpson College in Indianola, Lowa. In 1894 he joined Lowa State University where he graduated with Bachelor of Science. His incredible work and practical experiments garnered him another scholarship where he earned a master’s degree in 1896.
Carver came to discover two different types of fungi as well as crop rotation. He also used soil samples that came to replace nitrogen in the weak soil. It wasn’t long that George transformed into a professional botanist.

In 1896 Gorge Carver landed a scientific job at Tuskegee Institute in the United States. He was determined to use all of his knowledge skill just to make sure that he also helped others. He targeted poor farmers that lived in rural South. That is where the idea of crop rotation came into place. With the aid of Tuskegee resources, Carver used the first experiment on peanuts. Luckily, his lessons worked perfectly for other local farmers. But the problem erupted when the surplus was huge instead of demand. Therefore, the peanuts started to build up, and others got damaged in local storehouses.

From his little invention at Tuskegee Carver, he came with complete 300 products that were made from peanuts. They included; paste, insulation, wallboard, shaving cream, wood stains, skin lotion, flour and medicine such as laxatives and antiseptics.

Gorge Carver also provided ample support during the World War I. He made a replacement of rubber by using peanuts products. He also helped the Americans in the development of, more than 20 colors of dye from the Alabama soil. He was later interested in sweet potatoes since it was also a nitrogen-fixing crop. He then invented, wood fillers, breakfast cereals, synthetic silk, shoe polish, and molasses. From 1923 to 1933 Carver served as the Speaker for the United State Commission on Interracial Cooperation. He was also named as the head of the Division of Plant Mycology and Disease Survey for the United States Department of Agriculture.

On January 5, 1943, Gorge Carver died and left more than $60,000 savings. He had planned to open a Washington Carver Institute for Agriculture at Tuskegee. In 1943, President Franklin D. Roosevelt declared a monument to be structured at Diamond, Missouri in honor of Carver. Two military vessels were also named in his honor. Since his birthdate was unknown, Congress designated January 5 as Washington’s Recognition Day.