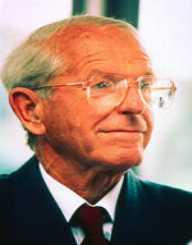 Frederic Sanger was born in 1918 in a village in Gloucestershire, in England. His parents were Frederic and Cicely Sanger. Sanger’s father was a general practitioner, who had worked in China as a medical missionary. He worked there not for too long, as was forced to return on behalf of his weak health. Sanger was a middle child. He had a one-year-older brother and five years younger sister.

Frederic Sanger parents married in 1916, when the father and mother were 40 and 36, respectively. Frederic Sanger had a background of Quakerism, as his father was converted to it, and his mother, though not a Quaker, came from a family with a robust Quaker background.

The family relocated to a different village when Frederic Sanger was just five years old. There the family hired a governess for the children. They were moderately wealthy, therefore could easily afford it. After a couple of years of preparing for school with a governess, Frederic Sanger started attending the Downs School.

This was a Quaker-run school. After five years, when Frederic Sanger reached the age of 14, he switched to a Bryanston School in another village, in Dorset. These school-educated pupils differently, they worked according to the Dalton system and were more liberal. This encouraged Sanger’s interest in learning.

He was focusing mostly on scientific subjects. Frederic Sanger graduated school one year earlier as expected, and therefore spent the last year in the laboratory with a chemistry master Geoffrey Ordish.

Ordish had a Cambridge University background, as well as had worked in the Cavendish laboratory as a researcher. This experience awakened the wish in Frederic Sanger to concentrate on a scientific career.

Frederic Sanger started studying natural sciences in 1936, in Cambridge, in St John’s College. His subject of interest was, of course, chemistry, and he had some trouble with other classes, for example, mathematics and physics.

Nevertheless, he graduated with honors. In 1939 Frederic Sanger was initially invited to join the Army, but later the tribunal granted Sanger an unconditional exemption of military service. Before the tribunal’s decision was made, Sanger managed to work for a short period as an orderly in a hospital.Frederic Sanger

In 1940 Frederic Sanger began his Ph.D. studies. Initially, his interest was to discover if it was possible to extract an edible protein from grass. The advisor for the research was Albert Neuberger.

A little later Sanger switched his research to a more practical one – he investigated the lysine metabolism. This was more practical, as concerned the nitrogen levels in potatoes. In 1943 Frederic Sanger received his doctorate.

After Frederic Sanger received his Ph.D., he stayed in Cambridge and worked with a chemist Charles Chibnall. Charles Chibnall had only recently become the leader in the Biochemistry department.

Chibnall had done some research on bovine insulin and encouraged Frederic Sanger to focus on the amino groups in insulin. Frederic Sanger was financing his research at the time and was buying insulin from the Boots pharmacy.

At the time, insulin was one of the few pure proteins available. In 1944 his research was funded by Medical Research Council, and afterward, up until 1951, the funds came from Beit Memorial Fellowship for Medical Research.

Frederic Sanger discovered the sequence of amino acids in A and B polypeptide chains of bovine insulin. This he achieved in 1951-1951. With this research, Sanger proved that amino acids have a specific sequence, and proteins have a defined composition. Before this discovery, it was believed that amino acids were lined up without a definite sequence. This invention led Frederic Sanger to win a Nobel Prize in 1958, in Chemistry.

After the discovery of amino acid sequence, Frederic Sanger became a member of the Medical Research Council. They collaborated and opened a Laboratory of Molecular Biology. This was done in 1962. Frederic Sanger was chosen to lead the Protein Chemistry department. Sanger had been already curious if

it was possible to sequence RNA molecules, and proved right. In 1967 Sanger and his group of researchers discovered the RNA sequence of an Escherichia coli bacteria. This was a tiny RNA, consisting only of 120 nucleotides, but proved RNA sequencing to be possible.

After determining the RNA sequence, Frederic Sanger decided to look into the DNA sequencing. Together with Alan Coulson in 1975 Sanger developed and published a paper on sequencing DNA with a radiolabelled DNA polymerase molecules. This method was named “Plus and Minus.” Sanger sequenced the all 5,386 nucleotides in a small bacteriophage.

This was the first DNA genome that was ever sequenced. By doing this, Frederic Sanger also discovered that some coding regions in the genes were overlapping.

Frederic Sanger developed the method for sequencing DNA in 1977. The technique was named the “Sanger method.” Development of this method was the reason for winning yet another Noble Prize in Chemistry.

The Sanger method was later used to sequence the whole human genome.

While doing his research, Frederic Sanger was also tutoring and supervising several other Ph.D. students. Three of his students also earned Nobel Prizes later in life. They were Robert Porter, Gerald Edelman, and Elisabeth Blackburn.

Frederic Sanger was studying in Cambridge, when his parents passed away, both due to an oncological disease.

Frederic Sanger was active in an Anti-War group of Cambridge scientists, and through this organization, Sanger met Joan Howe, his future wife at the time. Joan Howe was an economics student, who studied at Newnham College.

They got married in 1940. They together had two sons and one daughter. Frederic Sanger was very thankful to his wife for the background she created. He stated that without her, he wouldn’t have been able to work as efficiently.

At the age of 63, Frederic Sanger finally decided to retire. This was in 1983.

Frederic Sanger passed away at an old age in 2013. He died in Addenbrooke’s Hospital in Cambridge during the night, in his sleep.