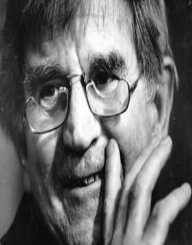 Frederick Cossom Hollows was born on April 9, 1929, in Dunedin, New Zealand. He was one of the four sons of Joseph and Clarice Hollows. For the first seven years of his life, the family lived in New Zealand. Hollows attended the North East Valley Primary School and later went to Palmerston North Boy’s High School. After high school, he went to study at the Victoria University of Wellington, from which he received his Bachelor’s degree. Hollows briefly considered a life in clergy and studied at a seminary, but later decided against it. During his time at the seminary, he was doing a lot of charity work and observed doctors at a mental hospital. This experience led him to choose a career in medicine, and he enrolled at the Otago Medical School.

After finishing his studies in 1961, Hollows went to England to study ophthalmology at the Moorfields Eye Hospital. He did his post-graduate training in Wales and 1965, moved to Australia. There he became the associate professor at the University of New South Wales in Sydney. The same year, he became the chair of the ophthalmology division and oversaw the teaching departments at the university, as well as the Prince of Wales and Prince Henry hospitals. He held the position until 1992.

During the 1970s, Hollows began working with the Aboriginal communities, in particular, the Gurindji people at Wave Hill and other isolated New South Wales towns. His main concern was the high number of Aborigines with eye conditions, especially trachoma. In 1971, he and his colleagues set up the Aboriginal Medical Service in Redfern, Sydney. In later years, he assisted in similar establishments of medical services throughout Australia. In 1976, Hollows organized the establishment of the National Trachoma and Eye Health Program, which was funded by the government. With this program, he spent three years visiting Aboriginal communities and provided eye care as well as carried out research on eye defects.

During the 1980s and 1990s, Hollows made several visits to foreign countries, to help people suffering from eye conditions and to train local technicians to perform eye surgery. In 1985, he went to Nepal, two years later, he made a trip to Eritrea, and in 1991 he visited Vietnam. In Eritrea and Nepal, he organized intraocular lens laboratories, so that the lenses would be locally available at a low cost.

Hollows died in Sydney in 1993, when he was 63 years old. For the last six years of his life, he had renal cancer, which metastases to his brain and lungs.