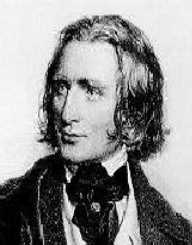 The first time you think about the Hungarian composer, probably, he may not be the one on your list right now. Why? Probably you didn’t live to hear his ethical songs. But the long-established pianist, who existed two hundred years ago, was in countless ways the first rock musician of all time. Early in 19th century, Franz Liszt teared up the concerts tours both in Europe and globally, all thanks to his virtuoso performances. Even though you and I didn’t have a chance to see his epic performances, the word ‘lisztomania’ or Liszt fever can tell it all. He was capable of turning each stone and brick when it came to generational music. Franz managed to achieve more in his life than any other legendary artist. Follow along.

On 22 October 1811, Franz Liszt was born in Hungary, Raiding to Anna Liszt and Adam. He spent his childhood years in Doborjan village located in Hungary. His father was a professional musician who grounded his solo songs with instruments like cello, violin, and guitar. Franz father talent made him to partner with music legends such as Haydn, Beethoven, and Hummel. Franz also followed his father’s footsteps by learning to play several instruments such as piano.

Franz talent gave him a chance to lead the New German School. At the age of 8, the young boy started to compose his songs. At nine years old Franz commenced with his live concerts. Liszt determination made his father take him to a famous composer called Antonio Salieri. Unfortunately, his father died, and Liszt became frustrated. His focus forced him to bounce back as he continues to follow his dad’s footsteps.

In 1823 Franz moved to Paris where he tried to perform at the Paris Conservative. Unfortunately, he wasn’t granted legal permission since he was not a French native. The same year Franz met with Ferdinando Paer musician. They had a deep interaction about his career and how he will expose himself in the music industry.

Franz Liszt rose to fame in England; he showcased his talent at Windsor Castle for King George IV. At the same time, and his monumental piece titled ‘New Grand Overture’ was played at Manchester. In 1832 he performed at one of the Fundraiser concerts where also Niccolo Paganini legend performed. Franz tried to mimic Paganini’s style and skill of dancing. He went along and practiced to play the violin.

In 1833 Franz tried other forms of signing such as transcribing other people’s work. He got a chance to compose Hector Berlioz work which was later played in several clubs. He also partnered with Frederic Chopin who helped him to bring out his inner talent of romanticism. Of course, he used this skill later on that he became an audience favorite.
Franz Liszt was famously known because he aimed his musical fame by touring globally. For instance, in 1842 he co-founded the Grets Fire of Hamburg, which had destroyed lots of property. He took a stand and gave free concerts, and in the process, he created an aid foundation that helped thousands of homeless. Franz had a relationship with Marie d’Agoult, and the couple had three children. Unfortunately, their marriage needed.

In 1866 Franz directed two orchestras, titled ‘Dante Symphony’ and 'Stabat Mater.’ He also led other musicians in a coronation ceremony. His work earned him many awards. His last performance was held in Ukraine in 1847.He opted to retire at the age of 35.

After Franz’s father died, he went back to his native land and worked as a piano coach just to make ends meet. In 1828 Franz fell in love with his student, but the girl’s father didn’t approve their union. Franz Liszt became depressed and ill to the extent of listening to his public ‘Obituary’ on weekly newspapers. Many of his fans thought that he had died a long time ago. In all, destiny proved them wrong when Liszt rose back to fame once again. At that point, Liszt opted to take some private life by self-learning different genre of music.

In 1849 Franz Liszt went to perform at Kiev, Ukraine where he met with Carolyne Zu Sayn-Wittgenstein. Liszt came to love Carolyne’s nature from the beginning. She advised Franz to work hard on his composed songs rather than traveling to different concerts. The two were epically in love, but the relationship didn’t bear fruits since Carolyn was already married. Another thing is that Franz used to decline to play or listen to songs such as Carl Tausig lyrics. On July 31, 1886, Franz died due to pneumonia complications. Other sources suggest that he died due to indulging himself in foul play connections.