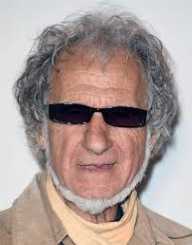 Francesco Vincent Serpico was born 14th April 1936, to Vincenzo and Maria Serpico. He was born in Brooklyn, New York, in the United States.

When Frank Serpico was 17, he enlisted in the U.S. Army and was stationed in South Korea for two years. Upon returning to New York, he took up work as a part-time private investigator. In 1959, he joined the New York City Police Department (NYPD). He was assigned to the 81st precinct. He later went to the Bureau of Criminal Identification (BCI) for two years, and then became a plainclothes officer.

As a plainclothes officer, his job was to expose vice racketeering. In 1967, Serpico put forward evidence of widespread and systematic police corruption. Nobody took any notice of his report, but some time later he met David Durk, another police officer, who helped him with his whistleblowing.

On 25th April 1970, the New York Times ran a front-page story on the corruption in the NYPD, to which Serpico contributed. The story garnered attention right across the U.S., and the New York mayor, John V. Lindsay, set up a panel of five to investigate the accusations. The panel became known as the Knapp Commission, taking the name of the chairman, Whitman Knapp.

In February 1971, Frank Serpico was shot during an attempted drug arrest. There were four policemen there, and they sent Serpico in to knock on the door of the drug dealers. Serpico called for help, but his three colleagues ignored him. When Serpico was shot, the other officers refused to call in the shooting, and it was a resident from the apartment next door that called emergency services.

When another police car arrived, they took him to hospital. He was left deaf in one ear and has since then suffered chronic pain from fragments of a bullet lodged in his brain.

The day after the shooting both the mayor and the police commissioner visited, and the police department itself caused great harassment by checking him hourly. An investigation of sorts was done into the shooting, and it came into question whether the other officers had lured Serpico there to have him killed. There was no formal investigation.

In May 1971, Frank Serpico testified before the Knapp Commission about a departmental trial on a lieutenant who had allegedly taken bribes from gamblers. In October and December 1971, he testified before the Knapp Commission. He was the first police offer from the NYPD to ever openly testify about the widespread corruption that was taking place within the police force.

In June 1972, Serpico retired from the police force. He moved to Switzerland and spent the next ten years there. He then went to the Netherlands and undertook further travel and study. A movie was made about Serpico, starring Al Pacino. Serpico stayed with Pacino for a time while Pacino was studying for the role.

He has not gone away quietly. He openly speaks out about police brutality, police corruption, and civil liberties. He also helps other officers who want to speak out against corruption in the current force.

In October 2014, Serpico had an interview published in Politico about police violence. In 2015, he ran for a seat on the town board but was not successful. Due to the efforts of Serpico, there have been changes in the NYPD. It has been noted that while corruption was the “norm” 40 years ago, in the present day, it is strongly frowned upon.

In 1972 just before he retired, Frank Serpico received the Medal of Honor, the highest honor that can be bestowed by the New York City Police Department.

In June 2013, Serpico was awarded the Saint Michael Archangel Prize by the USA Section of the National Association of Italian State Police (ANPS).

In 1973, while living in Europe, Frank Serpico married a local woman by the name of Marianne. She died in 1980 from cancer. In March of that same year, Serpico’s only child was born.