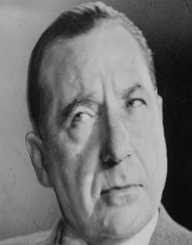 The Italian Frank "the Prime Minister" Costello was the leader of the Luciano, crime family. Between 1930 and 1957, the gang he controlled had a lot of political influence in New York. His activities led to his nickname ‘The Prime Minister of the Underworld.'

Records indicate that Frank Costello was born Francesco Castiglia on 26th January 1891 in Cosenza province in Italy. His father moved to the US before his family joined him through a ship in 1891. He was the second born sibling in a family of two. At a young age, his brother introduced him to local gang activities.

At the age of 13, Frank Costello committed several petty crimes. He served short jail terms for assault and robbery between 1912 and 1918.

He married Lauretta Giegerman in 1918. During the same year, he served a ten months jail term for carrying a weapon illegally. After his jail term, he decided to change his crime tactics. Instead of using a gun to commit his crimes Costello chose to use his brain. His new tactic proved to be a success. He claimed not to have carried a gun and never returned to jail for 37 years.

The two Italian criminals, Frank Costello and Luciano, met when each was leading their gangs. The two became friends before they became partners in crime. Despite most of Luciano's team disapproving the partnership, the two formed a formidable duo. They made deals involving huge commercial gains with the renowned Jewish criminals of that era.

The two Italians found themselves on the wrong side of the law in 1926 after they faced bribing charges. Dwyer, a Jewish criminal, was found guilty and served a two years jail term. Costello, however, got away with the crime.

Frank Costello took over the operations both gangs. This situation did not, however, go well with some of Dwyer lieutenants.

The New York Underworld later destroyed the partnership of Costello-Madden-Schultz. Despite this setback, Costello influence continued through the 1920s.

His way of doing business and associating with the New York criminals led to his famous nickname ‘Prime Minister of the Underworld.' He associated with the politicians, criminals, judges, cops and anyone who they felt could stand in their way of criminal activities.

By 1940, Frank Costello controlled the New York politics through the Democratic Party.  During his apex rise to power, reports started emerging that Costello earned his fortune as a crime czar.

Frank Costello's ability to sanctify his name in the public eye ended after a Senate hearing mentioned Costello as the country's leading racketeer. His testimony would later worsen things for him. Some of the charges facing him were tax evasion and contempt of court.

In 1957, Costello escaped Death by a whisker when a bullet intended to kill him slightly hit his scalp.  Despite being responsible for Costello's attempted murder, Genovese later made peace with Costello. His rank in the gang family reduced tremendously from a top-level boss to an ordinary soldier within the family.

During the final stage of his life, Frank Costello regularly advised mafia bosses on various issues. He retained title ‘The Prime Minister of the Underworld' The Supreme Court of the US upheld a decision of a lower court seeking the deportation of Costello on 20th February 1961.

Three years after making the decision the same court held his deportation. The court process became null and void after Costello's death.

Frank Costello suffered a heart attack in February 1973. An effort by the doctors at Doctors Hospital in Manhattan, to save his life proved to be futile. The Prime Minister of the underworld died on 18th February 1973. Costello's body is laid down at Saint Michael's Cemetery.