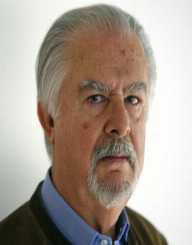 Colombian artist and sculptor Fernando Botero was born on the 19 April 1932 in Medellin, Colombia.

Fernando Botero was initially trained as a matador but left after 24 months to follow a career in art. He started painting at a young age. The Spanish colonial architecture and folk art of Colombia inspired him, and Diego Rivera, the Mexican muralist, also influenced him. In 1951, he moved to Bogota and held his first one-person exhibition at the Leo Matiz Gallery. In 1952, he won second prize at the National Salon in the city.

Using the prize money and his earnings from his exhibitions, he travelled to Europe. He spent time in Spain, Italy, and France studying the old masters as well as studying at the San Fernando Academy, Madrid and the Academy of San Marcos in Florance, Italy. He supplemented his funds by making copies of paints held in the Prado Museum which he sold to tourists. During this time he carefully studied the work of Piero della Francesa, Paolo Uccello, Giotto, and Andrea del Castagno.

Visting México in the mid-1950s, Fernando Botero painted Still Life with Mandolin (1956) where his emerging style was apparent. In 1958, he was awarded the National Salon first prize for Bridal Chamber: Homage to Mantegna.  In 1960, Botero relocated to New York City. The Museum of Modern Art of New York added Botero’s Mona Lisa, Age Twelve to its collection in 1961.

His paintings in this period reflected life in Colombia with subjects such as family life, politicians and leaders, animals,  military, religious icons and prostitutes mostly portrayed as rotund and colourful. Paintings from this period include Presidential Family (1967). Botero went to Paris again in the early 1973 and began to do sculpting without abandoning his painting. Sculptures include Roman Soldier (1985), Maternity (1989) and The Left Hand (1982).

During the 1980s and 1990s, Fernando Botero's colossal bronze sculptures were exhibited outdoors internationally. In later years he has used his art to highlight the violence in his homeland stemming from drug cartels; in 1999 depicted the history of Pablo Escobar. And in 2005, his Abu Ghraib series focused on the alleged American military forces abuse of prisoners at Abu Ghraib during the Iraq War. His art was acquired by the Art Institute of Chicago, The Museum of Modern Art, New York, and the Museo Botero in Bogota plus 42 other collections around the world.

In 2012 the International Sculpture Center presented Fernando Botero with a Lifetime Achievement Award.

Fernando Botero's first wife was Gloria Zea. They had three children before divorcing in 1960. His had a relationship, Cecilia Zambrano. They had one child, a son Pedro (b.1974) separated in 1975. Pedro died in a motor vehicle accident in 1979. Botero’s second wife is Sophia Vari.