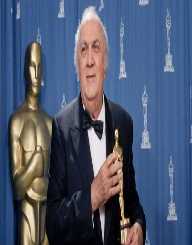 Federico Fellini started attending school in 1924. Initially, he studied in a nun-run institute, and after two years transferred to a public school. The first movie Federico Fellini ever watched was "Macisteall’Inferno“ in 1926. This film was the early influence on the young mind by Dante, which later continued throughout his career.

The first experiences of his life later Federico Fellini reflected in his work. For example, the first trip to Rome with his parents in 1933 is reflected in the movie "La Dolce Vita“ in 1960. He, on the other hand, stated that his films were not autobiographical.

Federico Fellini opened a portrait shop in 1937. This was possible with the cooperation with another painter Demos Bonini. Later he wrote some comedy articles, of which one was published in “Postcards to Our Readers” section of the paper “Domenica del Corriere.” He graduated high school in 1938.

After graduating from high school, Federico Fellini started studying in Rome. He enrolled in the law school. This was not his own choice, instead of a wish of his parents. There are no records of Fellini ever attending a single lecture.

In 1939 Federico Fellini briefly worked for a daily newspaper, but left soon, as it was an unfulfilling experience. After some time he joined the paper "Marc’Aurelio” as an editor. There he worked for whole three years, up until 1942. During the time he met several people who later proved to be valuable to his future career.

Before reaching the age of twenty, Federico Fellini became a comedy writer for a documentary “Il pirate sonoio” by Mario Mattoli. His circle of acquaintances grew exponentially, as he got more movie projects at “Cinerittà.”

In 1942 Federico Fellini went to Libya. There he wrote the screenplay of “I Cavalieri del Desierto.” He had the honors to direct the first couple scenes of the film.

He participated in several film projects in the period till 1950. He wrote, co-wrote screenplays for Maiori, Mastroianni, Lattuada.

In 1950 Federico Fellini produced and directed his first film “Luci del variety,” together with Alberto Lattuada. This documentary received weak reviews, and was financially unsuccessful, leaving both producers in debt. They could not pay it off for almost a decade.

Fellini’s first individually produced movie was released in 1951. The movie was “The White Sheik.” It also received terrible reviews at the 13th Venice International Film Festival.

The first successful film by Fellini was produced in 1953. It was “I Vitelloni,” and received a Silver Lion Award at the Venice festival.

In 1952 Federico Fellini first started showing signs of depression. Then he made a film “All the King’s Men,” which was unsuccessful in the 16th Venice International Film Festival.

He worked on several movies, which are considered legendary these days. He produced “Nights of Cabiria” in 1956, “Journey with Anita” and others. His loudest success was the film “La Dolce Vita” in 1960. The movie was considered immoral for the time and was later censored for some time. It won the “Palme d’Or” award.

Federico Fellini met Doctor Bernhard in 1960. Bernhard introduced Jung to Federico Fellini, and that is when Fellini started writing his dreams down. This interest in Jung’s work had a strong influence on Fellini’s later films. The concepts of “anima and animus” were reflected in several movies - 8 ½, Casanova, City of Women and Juliet of the Spirits.

Federico Fellini was more and genuinely interested in parapsychology after he met a magician Gustavo Rol in 1963. This motivated Fellini taking LSD in 1964. This was done under the supervision of Fellini’s psychoanalyst Emilio Servadio. The experience was reflected in the first colored movie of Fellini, the “Juliet of the Spirits” in 1965.

In 1973 Federico Fellini made the film “Amarcord.” This movie later received an Oscar. It is considered the second best film made by Fellini, following “La Dolce Vita.”

In 1982 an exhibition of Fellini’s drawings was held in several capitals of the world. Around 63 of Fellini’s paintings were exhibited in Paris, New York, and Brussels.

In1985, during the 42nd Venice Film Festival, Fellini received a “Golden Lion” award for a lifetime work in film industry.

He won several awards for his films in several major movie festivals, five Oscars, and many more awards. One of the most noteworthy ones was the “PraemiumImperiale” in 1990. This distinction in the movie industry is considered an equivalent of the Nobel Prize.

In 1942 Federico Fellini met his future wife, Giulietta Masina. They met while Federico Fellini was working for a local radio station. After just a couple of months, they married, and the wedding took place in 1939. Shortly after the marriage, Giulietta suffered a miscarriage.

They had a son in 1945. Unfortunately, he only lived for a month, as he died from encephalitis. Fellini’s wife Giulietta Masina was an inspiration to Fellini and played as an actress in several of Federico Fellini’s films.

In 1993 Federico Fellini needed to have an angioplasty because of a blocked femoral artery. Two months later he had a stroke nevertheless. The stroke left him partially paralyzed. He entered a rehabilitation center but had a second stroke shortly after.

The second stroke was irreversible and left Federico Fellini in a permanent coma. In the end, in 1993 Fellini died. This happened at the age of 73 years. A couple of months later, Fellini’s wife Giulietta died from complications of lung cancer.