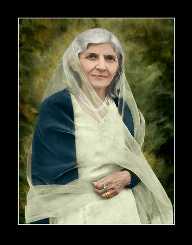 Fatima Ali Jinnah was the sister of the first Governor General of Pakistan, the iconic All India Muslim League Leader and the man behind the formation of the state of Pakistan, Muhammad Ali Jinnah. She was a dental surgeon, biographer, and a Stateswoman. She was a prominent member of the All India Muslim League, a staunch supporter of the two nation theory that eventually led to the formation of the state of Pakistan bifurcating India.

Fatima Ali Jinnah was born on July 30, 1893, in Karachi, British India to Jinnahbhai Poonja and Mithibai. Among the seven surviving children, she was the youngest. Muhammad Ali, Ahmad Ali, Bunde Ali, Rahmat Ali, Maryam, and Shireen were her six older siblings. In 1901, her father died and Muhammad Ali Jinnah, who had a very close bond with Fatima, became her legal guardian.

In 1902, Fatima Jinnah was enrolled at the Bandra Convent, Bombay and started to live in the Convent Boarding from the age of 9. Upon completion of her school education, she was admitted to Dr. R. Ahmed Dental College and Hospital at Calcutta University. She completed her graduation in dentistry in 1923.

In 1930, Fatima Jinnah accompanied her brother to London and stayed there for four years. She brushed up her English during their stay in London. In 1940, she participated in a session of ‘Muslim League’ in Lahore. She founded the ‘All India Muslim Women Students Federation’ in Delhi in 1941. In 1947, British Colonial rulers left India after successfully dividing it into two independent countries, India and Pakistan.

Fatima Jinnah was a strong advocate of the two nation theory and a leading member of the All India Muslim League which was a vocal supporter of the creation of a Muslim majority state bifurcating undivided India. She was seen accompanying her brother Muhammad Ali Jinnah in all his meetings, public rallies, and speeches. She formed the Women's Relief Committee after the formation of the state of Pakistan in 1947.

Fatima Jinnah also cofounded the Pakistan Women's Association which played a significant role in settlement of women migrants in the nascent country. In 1948, she visited a refugee camp in Kashmir, and after seeing the plight of the people sheltered in the camp, she persuaded her brother to accommodate more immigrants into Pakistan.

After her brother's untimely death in 1948, the then Pakistan Government banned her from public appearances disallowing her from addressing the nation. Fatima Jinnah continued her association with charitable organizations after the ban. In 1949, on World Health Day, she organized a festival to promote better prenatal care and improve newborn health. In 1955, there was a flood in East Pakistan, and she helped in organizing a committee to assist the people who were devastated by the flood. Continuing her tryst with charity, she engaged herself in raising funds for building hospitals and clinics to treat patients diagnosed with tuberculosis.

In 1960, Fatima Jinnah won the general election as an independent candidate and became a Member of Parliament. Presidential Election was announced to be held in 1965 after the constitutional amendment to this effect in 1962. Fatima threw her hat in the ring and declared her candidature for the coveted post against the military dictator Ayub Khan. Many opposition parties supported her candidature.

Fatima Jinnah lost narrowly to Ayub Khan, who resorted to large-scale military rigging. However, she was able to win in two of Pakistan’s largest cities, Karachi and Dhaka. Ayub Khan and his allies intensely attacked her during the election campaign, and her modesty and patriotism were questioned. She almost went into political retirement after the loss and briefly came out only to advise Zulfikar Ali Bhutto during the latter's election campaign against Ayub Khan.

In 1955, Fatima Jinnah wrote a book ‘My Brother,’ which could only be published 32 years later in 1987 due to censorship by the establishment.

A constant companion of her elder brother Muhammad Ali Jinnah, especially after the death of the latter’s wife, Fatima Ali Jinnah never got married. She spent her whole life caring for her illustrious brother and participating in the political movements led by him. She was affectionately called the ‘M?der-e Millat’ (Mother of the Nation) and ‘Kh?t?n-e P?kist?n’ (Lady of Pakistan) by the people of her country. Four schools of higher education including a dental college are named after Fatima to honour her commitment and dedication to the causes of social service.

Fatima Ali Jinnah died on July 9, 1967. Her death is shrouded in controversy and is suspected to be due to unnatural causes. Her family members demanded an inquiry into the cause of her death. However, it was turned down by the administration. Her funeral in Karachi was a rare spectacle and a live example of her growing popularity among the masses when nearly half a million people attended the funeral. She was entombed in a house in Islamabad inside a park named after her.