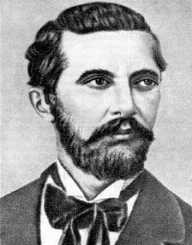 Fan S. Noli was an Albanian politician, religious figure and scholar born on January 6th, 1882. He became the prime minister of Albania in 1924. He also helped establish the Albanian Church. Aside from politics, Noli was also a poet. Some of his works include Marshi i Krishtit and Moisiu në mal. In his younger life, Noli lived in different countries. During his life, Noli was able to learn 13 different languages. While studying at Boston University, he wrote Ludwig Van Beethoven’s biography.

Not much is known about the early life of Noli. The little information known is that Fan S. Noli was born on January 6th, 1882 to a community of Orthodox Albanians. His place of birth was Ibriktepe in Turkey. His mother was known to be Greek and father a Jew from Bulgarian extraction. When Noli was born, the Ottoman Empire was in power. Throughout his childhood, his family relocated several times. They lived in places including Alexandria, Odessa, and Athens. During this time he became acquainted with foreign languages like Arabic, English, and French among others. He was later appealed by the philosophies of the Albanian expatriate movement. This influenced him to live in places near the movements’ members like Boston, Massachusetts, and Buffalo.

Fan S. Noli became a member of the Albanian expatriate movement during his stay in the States.  He then became a clergyman after he assisted in forming the Albanian Orthodox Church. In 1908, Noli was appointed as the priest of the Orthodox Autocephalous Church. 15 years later he became the bishop of the church.

Fan S. Noli later studied at Harvard University. By 1912 he graduated from the university. A year later, he returned to Albania. While there he helped empower the Albanian liberation which was in Europe. When the World War I broke out, he went back to the States to participate in the war. With this move, he was appointed as the leader of the expatriate Albanians.

In 1920, Albania earned its legitimacy as a country. Fan S. Noli then became a member of the new Albanian state parliament a year later. He belonged to the People’s Party. This is when his political career officially began. However, he had to struggle with his party that had liberal ideas with the other parties like the conservatives. The conservatives were led by Ahmet Zogu who later left for Yugoslavia. After Zogu left, Fan S. Noli was elected as the Prime Minister of his country Albania. This was in July 1924.

During his time in power Fan S. Noli established ‘twenty point program.’ This was viewed as an ill-fated program by associates of Ahmet Zogu. They then overthrew Noli’s government in December 1924. He was forced to flee to Italy after a death sentence issued by Zogu upon his return. After a while, he again moved to Vienna located in Austria.  While in Austria he formed the National Revolutionary Committee also known as KONARE.

In 1932, he went to the U.S where he furthered his studies. He learned Byzantine Music after which he taught the subject as a teacher. He attained his P.H.D in History by 1945. His many attempts to rejoin Albanian politics were not fruitful. He then decided to devote the rest of his life to religious activities and his academics.

Fan S. Noli took his last breath on March 13th, 1965. He died in Fort Lauderdale in Florida. He was 83 years old at the time of his death.