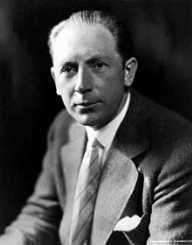 Friedrich Wilhelm Murnau alias F.W. Murnau was born on December 28th, in 1888. His place of birth was in Bielefeld, Westphalia, in Germany. His two brothers were called Robert and Bernhard. Also, he had two step sisters namely Anna and Ida. Otilie Volbracht, his mother, was his father’s second wife. His father was called Heinrich Plumpe. He owned a cloth factory which was situated in northwest Germany.

Murnau took his university education in Berlin. After this, he went to Heidelberg where he studied literature and history. Around this time, Max Reinhardt, a director, scouted him and asked him to visit him in his acting school. With time, he crossed paths with Franz Marc and became close friends.

After the end of World War I, Murnau made his return to Germany and established his film studio with the help of Conrad Veidt. The Boy in Blue became his first feature film to be released in 1919.

His most remarkable film came in 1922 with the release of Nosferatu. This work was an adaptation of Bram Stroker’s work dubbed Dracula. Two years later, Murnau directed The Last Laugh. Emil Jannings starred in this film. In 1926, Murnau released another big budget film called Faust. This marked his last German film.

In 1926, Murnau moved to Hollywood. Here, he partnered with Fox Studio to release Sunrise: A Song of Two Humans (1927). This film performed well and that scholars credited it as one of the best films of all time. However, this film did not earn Murnau financial success. Nevertheless, it helped him bag home a number of Oscars.

Other two films soon followed up including 4 Devils and City Girl; released in 1928 and 1930 respectively.