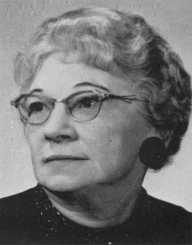 Eva Miriam Hart was born on January 31, 1905, in Ilford, London, England. She was the only child of Benjamin Hart and Esther Bloomfield. For her mother, it was the second marriage, and she had had several children before, who died at a young age. Eva attended the St. Mary’s Convent in Essex. Her father decided to move his family to Winnipeg, Manitoba in 1912, where he was planning to open a drug store.

When Hart and her parents boarded the famous ship Titanic, she was only ten years old. The family was one of the second-class passengers who boarded the ship at Southampton, England. Originally, the family was booked on another ship called Philadelphia, but due to the coal strike the ship could not sail. Many of the passengers who had planned their trips with Philadelphia were transferred to Titanic. Hart’s mother felt uneasy about Titanic and feared that a catastrophe might happen since she believed that calling a ship unsinkable is laughing in God’s face. Due to her mother’s fear, the small family slept during the day and stayed awake in the night fully dressed.

When the ship struck the iceberg at 11:40 PM on 14th April, little Eva was asleep. Her father rushed to the cabin to get her and his wife, and wrapped Eva in a blanked. The mother and daughter were placed in Lifeboat No. 14. That was the last time Hart saw her father. People from the lifeboat were picked up by RMS Carpathia and arrived in New York on 18th April. She and her mother returned to the United Kingdom soon after, and her mother eventually remarried. Hart was suffering from nightmares and often returned to the sea to lock herself in a cabin until the nightmares went away. Hart’s mother died in 1928.

Eva Hart became one of the most outspoken survivors of the catastrophe, concerning the lack of lifeboats. She criticized the White Star Line for not providing enough lifeboats. She also has spoken a lot about the ship breaking in half, which was a widely known rumor until proven right after the discovery of the wreck site. She also claimed that the ship SS Californian, which failed to respond to the distress rockets, was less than ten miles away. In 2012, Hart participated in producing an audio walking guide to Titanic memorials in Southampton, Hampshire.

During the salvaging of the shipwrecks, beginning in 1987, Hart actively insisted that Titanic was a gravesite and should be treated as such. She often spoke about the greed and insensitivity of the people hunting for valuables on the ship. Hart was active on all Titanic-related matters well into her 80s. She returned to the United States in 1982, to join the Titanic Historical Society together with other survivors. In 1994, Hart released her autobiography Shadow of the Titanic -A Survivor’s Story. In 1995, Hart and another survivor Edith Brown dedicated a memorial garden plaque, to honor the 83rd anniversary of the disaster.

During her life, Eva Hart was working several jobs to support herself. At one time she was a professional singer in Australia. She was also a Conservative Party organizer and served as a magistrate.

Hart died on February 14, 1996, in Chadwell Heath, just two weeks after her 91st birthday. After her death, there were only eight survivors of the tragedy left. To honor her memory, a pub in Chadwell was named “The Eva Hart.”