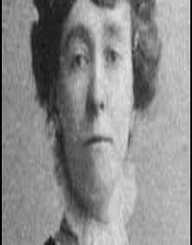 Emily Davison was an English political activist, who is best known for her role in the British Women’s Suffrage movement and her death protesting at the 1913 Epsom Derby.

Emily Davison was born on 11 October 1872 in London, England. Her parents were Charles Davison and Margaret Davison. Davison attended Kensington School and then attended Royal Holloway College. In college, she studied literature and foreign languages. After a year she was forced to drop out as her father’s death meant she and her family could no longer afford the fees.

Davison then began to work as a governess and then took employment as a teacher. Davison saved her earnings and returned to education. She received a first class honors grade but was denied a degree as she was a woman and Oxford did not award degrees to women. After finishing her studies, she returned to teaching.

Emily Davison joined the Women’s Social and Political Union, which had been founded by Emmeline Pankhurst in 1903 as a more militant movement to force the issue of women’s suffrage. Davison left her teaching position in 1908 to focus full time on political activism. She also sat exams for modern languages at the University of London.

Emily Davison was noted early on for her militancy. She would often take on her initiative for protests. Davison was known for disrupting political meetings with stone throwing and arson. Davison broke windows at the British parliament building and burned post boxes. For her efforts, Davison was jailed nine times. While in jail Davison took part in the common suffrage movement tactic of hunger striking.

Emily Davison was force-fed by her jailers and suffered from the effects of the process. To avoid force-feeding Davison threw herself down a staircase. She suffered back, neck and head injuries from the fall that would trouble her for the rest of her life.

During the 1911 census, Davison hid in the House of Commons so that she could declare it her legitimate place of residence. Davison went to the 1913 Epsom Derby with sashes and flags bearing the Woman’s Suffrage message and colors. During the race, she stepped out onto the race track in front of the horse of King George V of England, Anmer. The horse bowled Davison over and stumbled throwing his jockey from his back.

Emily Davison and the jockey, Herbert Jones, were both rushed to the hospital. Jones recovered, but Davison succumbed to her injuries after four days in the hospital and died on 8 June 1913. It remains unclear what Davison’s intention was.

Many feel she wished to wrap the King’s horse in a flag and sash of the Women’s Suffrage movement. Others think she was merely attempting to martyr herself for the cause. However, it has been noted that Davison had a return ticket and a ticket for a dance later that day which undermine the suggestion that she wished to become a martyr for the Suffrage movement.