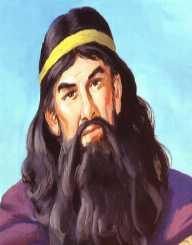 1st and 2nd Kings in the Bible relate to the time of Elijah.

King Ahab ruled Israel. He married Princess Jezebel, a priestess of Baal. The Canaanite's religion upheld Baal as one of its main deities. Due to his marriage, Ahab built a temple where people could worship Baal. Jezebel installed priests and prophets in the temple once it was ready.

Although Israel flourished at the time, the prophets remained unhappy as the people strayed from God. Elijah warned Ahab that years of drought would follow because the Kings of Israel had turned away from God.

Baal represented rain, lightning, dew, and thunder. Elijah challenged Baal, Jezebel, Ahab, the priests of Baal's temple, and all the people of Israel.

Not only was Elijah a prophet, but he was also a miracle worker.

After a woman fed Elijah during the drought, Elijah raised her son from the dead. He did this because she had been faithful to God and looked after Elijah.

Elijah took the 450 prophets of Baal to task, when they couldn't complete their challenge. Elijah called for their deaths, and he then prayed for the rain to start falling again, which it did.

Jezebel ordered Elijah to be killed because he had wanted her priests dead. For 40 days and nights, he traveled to Mount Horeb, the site where Moses received the ten commandments.

As God's will dictated, Elijah then traveled to Damascus. He anointed Jehu as the King of Israel, and Hazael as the King of Aram. He also anointed Elisha as his successor.


Final Appearance in the Bible

Jesus named John the Baptist as Elijah's successor on a spiritual level. The Book of Malachi mentions Elijah involved in the end-times, just before the return of Jesus.

Different religions have many stories of Elijah.

The Christian Church relates Elijah to have been a priest. The Kabbalists believe he was an angel in a human body.

Elijah performed many miracles, but the Jewish people remained with their back turned from God. Elijah remained resolute in his commitment to God, preaching against the sins of the people. Due to this, God ordered Elijah to anoint his successor.

The Roman Catholic Church worships Elijah as a saint. He is also a saint in the Lutheran Church and the Eastern Orthodox Church.

He is also a prophet in Islam and the predecessor of Elisha.

The Bible states Elijah didn't die on earth, but instead, he rode to heaven in a chariot of fire.

The Jewish race still awaits the return of Elijah, preceding the second coming of Jesus.