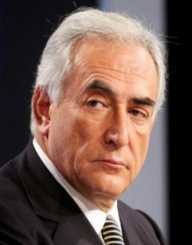 Dominique Strauss-Kahn was born on April 25, 1949, in Neuilly-sur-Seine, France. He is a French politician and former managing director of International Monetary Fund (IMF). He was charged with sexual assault, but the charges were dismissed.

He took over as managing director of the IMF on September 28, 2007, but resigned on May 18, 2011, after facing sexual assault allegations. He also served as Minister of Economy and Finance from 1997 to 1999 and taught economics at Paris West University Nanterre La Défense and Sciences Po.

Dominique Strauss-Kahn was born Dominique Gaston André Strauss-Kahn on April 25, 1949, in Neuilly-sur-Seine, Hauts-de-Seine. His family formerly lived in Agadir, Morocco in 1951 but relocated to Monaco after the 1960 earthquake.

In Monaco, he went to Lycee Albert 1er school before his family moved to Paris. He attended classes préparatoires at the Lycée Carnot in Paris. He completed his studies at HEC Paris and graduated in 1971. In 1972, he graduated from the Paris Institute of Statistics.

He was not lucky to obtain entry into the École Nationale administration and proceeded to study law. He later received his bachelors’ degree in public law and earned his Ph.D. from the Université Paris X (Nanterre) in 1977.

He was elected to the Haute-Savoie department as Member of Parliament in 1986. Later in 1988 he was elected into the Val-d'Oise department and also served as chairman of the National Assembly Committee on Finances. He was nominated as junior Minister for Industry and Foreign Trade in 1991 and served until 1993. He became the chairman of the Group of Experts of the Socialist Party in 1993.

Dominique Strauss-Kahn also established his law firm known as DSK Consultants the same year. In 1994 he was the secretary-general of Cercle de l'Industrie and later became the vice-president. In June 1995, he became the mayor of Sarcelles and later nominated as Minister of Economics and Finance in 1997. However, in 1999 he faced allegations of corruption in two financial scandals and decided to step down to give room for investigations. The charges were dismissed in November 2001, and he was re-elected.

On September 30, 2007, he was appointed as the managing director of the International Monetary Fund (IMF). However, in 2008 he was caught up in scandals whereby accused of abuse of power and harassment.

He was cleared of the allegations but resigned later on May 18, 2011, after the New York police arrested him over an alleged sexual assault. He was accused of abusing a 32-year old maid at the Sofitel New York Hotel on May 14, 2011.

Dominique Strauss-Kahn married Hélène Dumas in 1967 but divorced in 1984 after which he married Brigitte Guillemette. Together with Brigitte, they had one child before divorcing in 1989. He married his third wife Ann Sinclair in 1991 but divorced in March 2013. He is currently with Myriam L'Aouffir whom he married in 2017.