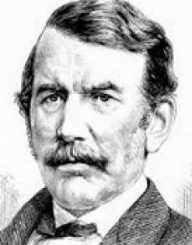 David Livingstone was born on March 19th, in 1813. Back in the day, he was a Scottish missionary from the Congregational church. Apart from being an African explorer, he was a doctor by profession. Part of his high acclaim came from the considerable explorations into Africa.

David Livingstone was born on March 19th, in 1813. His birthplace was in Blantyre, in Scotland. He was the second born son of Neil Livingstone and Agnes. He was born in an environment of factory workers and as a result, enrolled with the Blantyre village school for his early education.

When Livingstone clocked ten years, he earned his first employment in the factory mills. During this time he was working with Henry Monteith & Co. After long working days, Livingstone grabbed some time off to study. For two years beginning in 1838, he joined Charing Cross Hospital Medical School. Here, some of the courses that he took were botany, medical practice, and midwifery.

During the early 1800s,  David Livingstone had been greatly influenced to become a missionary. His first quest was to visit China. Nonetheless, his trip had to be changed to another location following the onset of First Opium War in 1839. The London Missionary Society – LMS that he had joined suggested otherwise that he should visit West Indies instead.

The following year, David Livingstone crossed paths with one of LMS missionaries called Robert Moffat. Moffat was a missionary based in South Africa. It was through Moffat that Livingstone developed a strong liking towards taking his missionary goals to Africa. The idea by T.F. Buxton that slave trade could be abolished through introduction of Christianity and bringing about “legitimate trade” also strongly motivated him.

David Livingstone took his trip to Southern Africa on November 20th, 1840. He initially resided close to Kalahari Desert where he began his missionary obligations in 1841. In 1849, he travelled to Lake Ngami and later in 1851 he moved to Zambezi River. The following year, he spent most of the time trying to find a route that would reach the coast from the Zambezi River.

In 1855, Livingstone was successful in his explorations as he uncovered the Victoria Falls. He moved further to find out its origins from the Indian Ocean. Livingstone was the first European individual to see these falls. Initially, they were named Mosi-oa-Tunya but he went ahead and named them the ‘Victoria Falls’. This was the name of his ruler Queen Victoria.

It is through Livingstone voyages that information relating to Africa as a continent was widened. The westerners had little info about this continent and therefore Livingstone’s expeditions were regarded as essential. His trips and revelations were later published in Missionary Travels and Researches in South Africa- 1857.

Soon, more missionaries visited Central Africa where they led to advancement in healthcare, education and other necessities in these lands. Trade also began to take its course as the African Lakes Company gave it a boost. This led to enhanced trade between Britain and Africa.

In 1849, David Livingstone was awarded by the British Royal Geographical Society. This was as a result of his voyages to Lake Ngami. There are also several statues that have been put up as a sign of giving credit to explorations, e.g., one that is erected in Victoria Falls in Zimbabwe. Additionally, some towns in Africa have been named after him such as Livingstonnia in Malawi.

On January 2nd, 1845, David Livingstone wedded Mary Moffat. She was Robert Moffat’s daughter. The two were blessed with six children in their marriage.

David Livingstone died on May 1st, in 1873. He was 63 years at the time of his death. His cause of death was that he had been suffering from malaria.