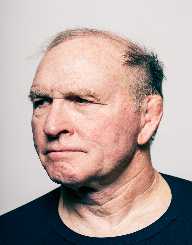 Dan Gable was an American Olympic wrestler and head coach born on October 25, 1948. Gable made an impressive record of 181-1 among which includes 64 undefeated prep matches and 171-1 wins during his days at the Iowa State University. This unbelievable record won him two NCAA National Wrestling Champion, three times Big Eight champion and three-time all-American champion. He also won an Olympic Gold medal in Munich, Germany in 1972. In coaching, Dan Gable headed the University of Iowa wrestling team and his tenure between, 1976-1997 won them 15 NCAA team titles. His delightful achievement as a wrestler and a coach was honored by Iowa State by setting October 25, 2013, as Dan Gable Day in Iowa. Gable has also a proud Hall of Famer being named in several Hall of Fame, including US Wrestling Hall of Fame and the US Olympic Hall of Fame.

Dan Gable affectionately called Dan Gable grew up in Waterloo, Iowa with nagging parents who made his childhood day a nightmare. According to him, he always thought his parents were going to divorce because of their frequent quarrels and fighting. Aside from fighting themselves, they abused young Gable and each time this happens, he had to call the cops. This was because of his parent, especially his father believed in corporal punishment and was found beating his kids whenever he was drunk. Growing up, Dan Gable was interested in many sports activities aside wresting. He had his education at the Waterloo West High School, where he was on the wrestling team and made some impressive records. Before settling on wrestling as his career, he was once a YMCA state swimming champion, a member of his junior high school football team and also played baseball.

In his second year at high school, Dan Gable and his family were hit greatly with the loss of his sister DianeonMay 31, 1964. She was murdered by Gable’s classmate, John Thomas Kyle, in the family while the rest of the family was on vacation. Kyle was later put before the court where he pleaded guilty and was sentenced life imprisonment, but died while serving his term. According to Gable, the death of his sister got him to focus much on wrestling just in order to entertain his bereaved family.

After an impressive high school record, he joined the Iowa University Cyclones of the Big Eight Conference as a wrestler. He also wrestled for the State’s varsity squad for three years. During this period he won two NCAA title with a mark of 181-1 fights. The only recorded loss was to Larry Owing of the University of Washington during his final collegiate match.

Dan Gable during 1967 to 1976 dominated the national freestyle wrestling circuit when he joined. As a freestyle wrestler in the circuit, he made a record of 67-4. In 1971 to 73, he wrestled internationally and recorded 30-1 wins. In all, his freestyle records stand at 97-5. His records stand at but not limited to in 1967,17-0 collegiate record, 3-0 domestic freestyle, and 3-0 US Freestyle National. In 1968, 37-0 Collegiate Record, Big Eight Champion, NCAA National Champion at 130 lbs.

Other include, 30-0 Collegiate Record, 25 consecutive pins (NCAA record), Big Eight Champion, NCAA National Champion at 137 lbs, U.S. Freestyle National, ChampionGorrarian Award winner all in 1969 and in 1972 he made an international freestyle record in 1972 was 11–0, Tbilisi Tournament Champion, Olympic Gold Medalist Men's Freestyle, 68 kg and an international freestyle record in 1973 at 1–0, defeating Pavel Pinigan in a dual meet with Russia.

Three years after his last freestyle match, Dan Gable joined the University of Iowa wrestling team, the Hawkeyes, as the head coach in 1976. Hs appointment would later make him the most successful coach in the history of American collegiate wrestling. As the head coach, he won an impressive nine consecutive NCAA titles from 1978 to 1986. He was in charge of the team until 1997 when Dan Gable sought for a sabbatical leave because of persistent injuries which affected his effectiveness as a coach. During his regime, the Hawkeyes made a dual meet record of 355–21–5. He headed the all-Americans team 152 times, 106 Big Ten Champions, 45 national champions, and 12 Olympian.

He leads the team to win 25 Big Ten championships, 21 of which he was the head coach and the four others by his assistant coach. He record also includes 15 National titles. This enviable records won him the Big Ten Coach of the Year in 1993 just four years before his retirement. The award came when he had spent 17 years as Iowa coach and it was during his 17th Big Ten championship. After his retirement from active coaching in 1997, Dan Gable was made assistant athletic director at the University of Iowa until 2012. As a coach, Gable also headed the United States Olympic team in freestyle wrestling for three times, 1980, 1984, and 2000.