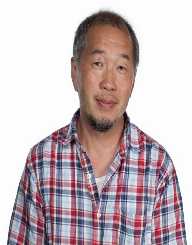 Clement Mok is a Canadian American technological entrepreneur, who has worked with the American silicon giants.

Clement Mok was born in 1985 in Vancouver British Columbia in Canada. His parents were Chinese immigrants from China. He wanted to be an architect but dropped his dream after failing in mathematics. After high school, he joined the Art Center College of Design. He graduated in Graphic Designing from the Pasadena based college in the 1970s.

He moved to New York where he got a job with CBS in the marketing department. He worked briefly before moving on to Donovan and Green. Mok was exposed to a wide range of opportunities at D&G. He was not confined to a particular job. In the studio, he could think of anything as long as it was relevant to the outdoor advertising theme of the firm. He started experimenting with his creativity.

Mok got a job offer from Apple when he was visiting a friend in California. He was introduced by her friend to the management of the company. Mok was offered a job without going through the rigorous selection interview. Apple was looking for young designers to work in their software department. Mok initially declined and went back to New York. He took up the job after seeing the Apple CEO Steve Jobs on the cover of Time Magazine. He stayed at the computer giant for five years. During his time at the company, Mok created friendlier images on the computer hardware components.

After five years at Apple, Mok decided to venture into private business. He envisaged that the future of computer designing was in the software component. As a graphic and web designer Mok started his own consultancy firm called Clement Mok Designs. Mok attracted big clients to his firm. In 1992, Mok finished his first major contract. He finished a CD-ROM software project for Mayo Clinic. In the project, Mok presented the clinic with a secure information database. It also had user-friendly icons and attractive graphics. Mok demonstrated that a user could sift through bulky data and still enjoy interacting with the computer.

He then changed his firm’s name to Studio Archetype. In 1994, he created CMCD top publish. This was the first CD-ROM visual aid that was royalty free. With the invention, Mok brought in a human-computer interaction that had never been there before. In 1995 he started another company NetObjects. With the new company, Mok designed a simpler program that helped in simplifying the HTML programming tool.

Mok continued to work with high tech companies and creating simple user-friendly web designs. His company also designs computer games and other fun websites for his clients. Major silicon companies like IBM, 3Com, and Netscape consult Mok for his services.

Mok has advice for upcoming designers in the digital world. He uses his own life to encourage those he mentors. The first thing a designer should do is be curious and inquisitive. A designer is supposed to do just that, design. Mok sees design as a means of creating a new thing into existence.

The second thing a designer should envisage is to solve an existing problem. Programs that simplify and make life easier are easily appreciated in the market. Designers should be ready to explore the unknown future. Young designers should have mentors and life coaches. Mok was mentored by several people in his journey to success. He encourages the young and naïve to learn from the more experienced. Mok reveres Charles and Ray Eames as his great mentors.

He encourages people to listen to the clients. More often than not, the clients always have constructive feedback. They consume the product, so they have something to add to it. Lastly, a designer should be ready to share with others. More minds make the product more relevant. Mok once sold his software rights after he overfunded the project using his saved profits. He believes if he had partnered with other financiers, the result would have been different.

Mok sits on several advisory boards in technological companies, schools, and charity organizations. He served as the CEO of Sapient, and AIGA. He is a recipient of the AIGA Gold Medal Award. He has published several books for digital designers.

As an entrepreneurial mind, Mok has dared to venture where others were slow to go. His decisive insight into the future of software has made him a leading consultant in the technological world.