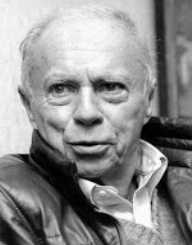 Claude Simon was a French novelist who received a Nobel Prize for his literary works. In the later years of his life, Simon spent his time at his homeland in France, procuring a land for producing wine. He died on July 6, 2005, at the age of 92.

Born on October 10, 1913, as Claude Eugène Henri Simon on Tananarive, Madagascar, he grew up under the care of his mother. The place is now known as Antananarivo, the national capital of the country. Simon’s father died during the First World War where he served as a cavalry soldier.

Simon was brought up in Perpignan, France alongside his maternal family. For his secondary schooling, he enrolled and graduated at Collège Stanislas in Paris and took art classes at André Lhote Academy, focusing his studies on painting.


The Effects Of War

When World War Two broke out, Simon enlisted and served among others at the French Resistance. He was involved at the 1940 battle on the Meuse. Simon was taken by the Germans as a prisoner during this battle but he managed to escape and retreated to the Resistance group.

Simon’s service during the World War II has been a constant theme throughout his works, along with history and with a stream of consciousness. He was also fond of traveling of which the places he visited inspired the setting of his future works.

During the time of his capture, Simon started to conceive the work of his future entitled Le Tricheur or The Trickster. The novel was published in 1945 and was written between 1939 and 1941. His writing technique was considered to be nouveau roman. This writing style was popular during the 1950s and was an Avant-garde writing style popularized in France. In this style, the author does not simply follow the flow of the story and character and instead is written in a new style.

Simon is known to write long and narrative sentences, omitting the use of punctuations. In his own right, he wanted the readers to fully grasp the narration of his stories and incorporating streams of consciousness.