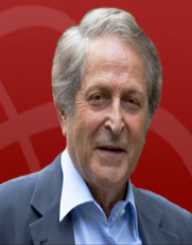 Claude Cohen-Tannoudji was born on April 1, 1933, in Constantine, Algeria. He is a well-known Physicist and a Nobel prize winner in 1997. He lived during the regime of the French government which had taken most parts of Algeria through a colonial ruling. He was also one of the very first Nobel Prize winners in Physics that was from an Arabic country.

Claude Cohen-Tannoudji was born on April 1, 1933, in Constantine, Algeria. He was the son of Abraham Cohen-Tannoudji and Sarah Sebbah; his family was one of the luckiest since they were not exposed to the harsh persecution that was being executed by the Nazis. Claude Cohen-Tannoudji was able to attend and finish both his primary and secondary education. He relocated to Paris in 1953 where he attended the Ecole Normale Superieure and undertook a course in mathematics before changing to Physics.

Claude Cohen-Tannoudji pursued his diploma in 1955 but was not able to finish it due to the war that erupted again in Algeria. He was forced to join the army to assist in the war where he offered his service for two years and four months. After the war, he went back to school to pursue his doctorate in 1960.

Claude Cohen-Tannoudji began his career as a lecturer at the University of Paris where he majored in quantum mechanics. He published his first book with the help of two of his friends which he named as the ‘mecanique quantique’ translated as ‘Quantum Mechanics.’ As of 1973, he sought for a job at the College de France which was a success. It was in this college while working as a professor that two other books namely; ‘quantum electrodynamics’ and ‘quantum optics’ were published. At the College de France, he taught lessons on radioactive forces which were his area of concern during the 1980s.

After many lessons, Claude Cohen-Tannoudji was inspired, and he began doing research and discoveries on laser cooling and trapping. He brought two other colleagues of his on board to assist with the procedures forming a research group with Jean Dalibard and Chritophe Salomon. This group worked on many projects and carried out many procedures which were also backed up by what physicists William Daniel Philips and Steven Chu had initially done. What Claude Cohen-Tannoudji and his friends came up was an improved technique from what their earlier counterparts had discovered.

Claude Cohen-Tannoudji was awarded the Young Medal Prize in 1979 when he presented his discoveries on optics. He also received the Charles Hard Townes Award and CNRS medal in 1993 and 1996 respectively. His major award was the Nobel Prize in Physics which he received in 1997 alongside William Daniel Philips and Steven Chu.

Claude Cohen-Tannoudji was blessed with three children together with Jacqueline Veyrat whom he married in 1958. They lost one child in 1993 who succumbed to an illness.