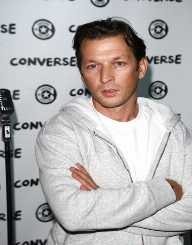 Christophe Rocancourt is a French national who swindled many posing as a member of the Rockefeller family.

Christopher Rocancourt was born in Honfleur in France on July 16, 1967. He grew up in a dysfunctional family. His parents divorced when he was five years. His mother went into prostitution sending Rocancourt to the orphanage. He stayed in the orphanage for seven years. He felt relieved when a foster family adopted him. He could not cope with the disciplinarian nature of his adoptive father.

Rocancourt fled from his foster home at the age of 18 years. He settled in the streets of Paris for a while. Without a regular income, he started devising ways of how to fend for himself. Rocancourt was a good thinker and soon formulated a perfect way to create an empire for himself.

He created an alias for himself in Paris. He passed himself as a Russian aristocrat named Prince de Galitzine. He resolved to use the pseudonym in the execution of his major scam of swindling the rich in Paris. He gained the confidence of using the Russian identity after a few scams came through. After a series of small forgeries, he managed his first major forgery business.

Rocancourt forged the title deed of a commercial building in the central business district of Paris. He presented it to a Frenchman who bought it from the Russian businessman Prince de Galitzine. Rocancourt got USD 1.4 million. He left Paris and went to Switzerland. He stayed in Switzerland for a while. When the Swiss authorities put him under their surveillance for suspected illegal activities, Rocancourt left for the USA.

He arrived in Los Angeles in 1991. Rocancourt was now a millionaire and could afford his dream life. He settled in a luxurious suburb without raising any suspicion. He invented pseudonyms associating himself with the rich and famous in the US. With money and a good lifestyle, Rocancourt easily fooled many along the way. He introduced himself as a movie director or venture capitalist. Some of the high profile figures he claimed to be their kin are fashion designer Oscar de la Renta and Italian actress Sophia Loren.

He began going to high profile gatherings where he mingled with Hollywood celebrities. He befriended them with his charm and money. He presented his investment ideas to all whom he met. He held parties inviting his new Hollywood friends. With his charisma, Rocancourt convinced them of how his earlier investments brought him to where he was. Many of his new friends gave into his story and pleaded with him to help them invest in real-time returns. Rocancourt gladly took the money and invested it into his bank account. The promised returns never materialized.

Now living the millionaire American dream, Rocancourt had a lineup of friends from among the high profile in Hollywood. He approached the Belgian American movie star, Jean Claude Van Damme. Rocancourt proposed directing a film with Van Damme as the main character. The movie was never made. He then proposed a cologne line to Jermaine Jackson. He suggested the cologne be named after his idol Michael Jackson. The idea struck Jermaine who is Michael’s elder brother. Rocancourt slipped away without starting any work on the perfume line.

On October 28, 1992, he married Gry Park using the alias Christopher de Laurentiis, the nephew of famed Hollywood movie producer Dino de Laurentiis. The marriage was never heard of again. On May 30, 1996, he married actress and model Pia Reyes. He fathered a son named Zeus with her. He had other affairs with models in Los Angeles

In 1997, the police raided his hotel suite after receiving a number of complaints from the so-called investors. They found among other things a fake private jet lease, a US passport with his original name, and an unlicensed pistol. Rocancourt was in Thailand during the time of the raid. Fully aware of the police activities on his life, Rocancourt returned to Los Angeles. The police arrested and charged him for illegal possession of a firearm. He posted bail of USD 45,000 and disappeared.

Rocancourt appeared in New York in 2000. He took another alias Christopher Rockefeller, a French member of the famous American Rockefeller family. He replicated the Los Angeles life in Long Island, New York. More investors gave him money hoping for better returns. Like in Los Angeles, he got arrested, posted bail and left the US.

He settled in Victoria, Canada with his wife Reyes and son Zeus. On April 27, 2001, the Canadian police arrested him and his wife on fraud charges. The police in British Columbia enlisted the cases pending in the US cities of Los Angeles and New York. Rocancourt pleaded to all the charges and sentenced to five years. He paid USD 1.2 million in damages to all the listed victims. His wife was absolved of any wrongdoing and set free.

He returned to his celebrity life after his release in 2007. He mingled with Hollywood celebrities in lavish events. In October 2014, he was arrested by the French police and charged of bribery and forgery.  The case is still ongoing in court.

The young poor boy from Honfleur became what he wanted. Only time will tell if Rocancourt has exhausted his antics.