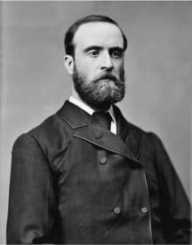 Also Known For : Leader Of The Irish Home Rule League

Charles Stewart Parnell was an Irish nationalist who was known to have struggled for the Irish Home Rule. He was one of the remarkable leaders of the 19th century Great Britain and Ireland. He came from an area where anti-British tradition was predominant. In fact, he was a devoted Irish nationalist when he was young despite the fact that he had an Anglo-Irish family background. He made a name for himself after dabbling into politics, and by 1875, he was elected as the member of the parliament for County Meath.

Charles Stewart Parnell later joined Isaac Butt’s Home Rule Party before the latter was deposed to become the leader. He was an efficient orator who has an effective communication skill. He gained a lot of reputation in his political circle and by 1879 founded the Irish National Land League and presided over it. He later led an agitation for land on behalf of the farmers calling for fair rent, fixed tenures and free sale of land. His reputation got heightened as a national hero and martyr after standing a strong case against forgery. He, however, failed when proofs of his adulterous act with Katherine O’shea came to the public notice.

Charles Stewart Parnell was born into a family of eleven children as the seventh born to John Parnell and Delia Stewart on the 27th day of June 1846. He was born in Avondale, County Wicklow, Republic of Ireland to a wealthy Anglo-Irish Landowner. His father was known to have had a distant relationship with the British Royal family. His family is known to have played a significant role in the literary and political world of the country. At the age of 6, he got separated from his parents upon the untimely death of his father. He eventually inherited the Avondale Estate in 1859.

He could not complete his degree due to the financial state of his estate as he attended the Magdalene College in Cambridge. By 1873, he formed a political group, Home Rule which campaigned for moderate self-government. He later became the High Sheriff of Wicklow in 1874.

By 1875, Charles Stewart Parnell got himself a position as a member of the House of Commons. He was a silent spectator in his first year as he watched the parliamentary proceedings keenly. Two years later, he established himself as an obstructionist by playing a role in the policy of obstructionism. This made the house paid more attention to the Irish plight.

He was very popular for his organizational, tactical and analytical skills. He was also able to lead due to his leadership skills. He got support for Irish struggle for self-government, and by 1879, he became the President of the Irish National Land League. He campaigned for land reform as he believed it to be the first step to Home Rule.

He traveled to America in 1879 to solicit funds for famine relief. He also went there for the support. It was during this time that he earned the moniker, the Uncrowned King of Ireland. Upon his return, he contested in the 1880 United Kingdom General Election. He got elected as the Chairman Home rule group in the parliament. He was able to draw and negotiated a treaty with the then Prime Minister, William Gladstone. The treaty was called Kilmainham Treaty in which he persuaded his followers to stop the violence. This violence was against the Land Act promulgated by Gladstone.

The Irish National League was later completely under the control of Parnell, and his popularity had a deep impact on the 1885 general election. Gladstone however won but he supported the Irish National League. Gladstone however introduced Irish Home Rule Bill which however failed and led to the downfall of his government. He was however plotted against forgery, and the truth was brought to limelight two years later.

He became more popular and seen as a martyr and a hero. He, however, has his reputation seen a downfall when it was discovered that he had a shocking relationship with Katherine O’Shea. Katherine O’Shea was the wife to William O’Shea, one of Parnell’s loyalist. This news came up in 1889, and this made Parnell unfit by the Roman Catholic doctrine to lead. He subsequently became inactive politically.

His own life remained dubious until 1889 when the proofs of his amorous act with his loyalist was exposed. Captain O’Shea then divorced his wife whom Charles Stewart Parnell later married in a Registrar office after being refused by a Church. He died on October 6 due to Pneumonia.