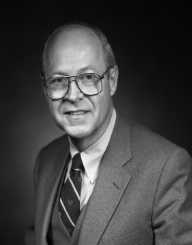 Charles Horace Mayo was born on July 19, 1865, in Rochester, Minnesota. William Worrall Mayo, Charles father, was a British doctor and a chemist. He was also a descendant of the famous English chemist John Mayow. His parents had five children together, and his mother was very keen on providing the best education for her children.

The children attended the local school and also went to Rochester Training School, where they studied Latin, classics, and art. The family also had an extensive library, and the children were encouraged to read. Together with their father, the children studied physics, chemistry, and anatomy and were introduced to various aspects of medicine.

Charles Horace Mayo's parents intruded him, and his siblings to the evils of war and the children developed social values early in their life. They also accompanied their father on his visits to patients. In the beginning, the brothers observed their father’s work but later began helping in smaller and subsequently larger procedures.

In 1883, a terrible tornado struck Rochester, and many people were injured during the crisis. Charles and his brother and father were working restlessly to attend to the wounded. Mayo followed his father’s footsteps and went to the Chicago Medical College, which he graduated in 1888.

After completing medical school, Charles Horace Mayo went back to Rochester to work with his father. The city decided to build a hospital, which was initially led by Mother Mary Alfred Moes. After extensive fundraising, the Saint Mary’s Hospital was opened in 1889. Charles, his brother William and their father joined in serving the hospital. Charles performed the first surgery in the hospital and he was assisted by a nurse anesthetist Edith Graham, who he later married.

Charles became a very well known surgeon, and many patients traveled to Rochester to see him. Not long after the opening of the Hospital, it became impossible to manage the number of patients coming in. It was then suggested that only patients recommended by the Mayo brothers could be admitted to the hospital, resulting in a significant amount of patients coming to their private practice.

In 1892, Charles Horace Mayo's father retired from service and the brothers were left in charge of the hospital and the private practice. Dr. Augustus W. Stinchfield also joined their practice, and afterwards, many others began to join due to the large amounts of incoming patients. In 1903, the Mayo Clinic was opened. Initially meant as a surgical clinic, it later became a world-renowned medical center. Charles pioneered many methods in thyroid, neurologic, eye, and orthopedic surgery.

Besides his work at the Mayo Clinic, Charles also continued to work at the St. Mary’s Hospital, however, he resigned in 1905 to focus on his private practice. In 1914, the Mayo Clinic outgrew its facilities, and a new building was built to expand the practice. The following year, Mayo brothers donated $15 million to establish the Mayo Foundation for Medical Education and Research to the University of Minnesota. Charles became the Professor of Surgery at the University.

After World War I broke out, Charles Horace Mayo became the Colonel in the U.S. Army Medical Corps. His brother was the chief adviser to the U.S. Army Surgeon General. In 1916, he became one of the members of the Committee of American Physicians for Medical Preparedness. During this time, Mayo clinic also began examining draftees and trained the new members of the medical corps. During wartime, both brothers divided their time between Rochester and Washington.

After the war, Charles was promoted as the Brigadier General in the U.S. Army Reserve. The Mayo Clinic was turned into a non-profit organization, and the Mayo Properties Association was established. Charles served the organization until 1930 when he retired but continued to be an active member of the Board of Mayo Clinic.

Charles Horace Mayo married Edith Graham and had two sons with her- Charles William Mayo and Joseph Graham Mayo. After retiring, both Mayo brothers bought a property in Tucson, Arizona, where they spent most of their time.

In 1939, his brother William was diagnosed with cancer. Charles went to see him in Rochester and later traveled to Chicago. There he developed pneumonia and died on May 26, 1939. His son Joseph was killed in an accident in November that same year when a train hit his car.