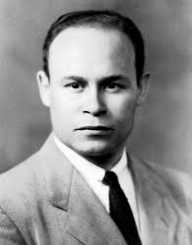 Charles Richard Drew was born on June 3, 1904. He was an American surgeon and physician. He was also researching medicine. He mostly did his research in the line of blood transfusions and the development of the manner in which blood is stored.

During World War II, he used his knowledge to develop large-scale blood banks. The blood stored was used in helping wounded soldiers during the war. Charles Richard died on April 1, 1950, at the age of forty-five.

Charles Richard Drew was born on June 3, 1904, in Washington DC in the United States of America. He was born into an African American family. He was born to Richard who was a carpet layer and Nora Burell who was a school teacher. He attended Dunbar High School. In 1992, he graduated from high school. He later joined Amherst College, Massachusetts via an athletic scholarship.

In 1926, he graduated from the college. At the college, he was a member of the Omega Psi Phi Fraternity. He later enrolled at McGill University, Montreal in Canada where he took medicine.

In 1933, he graduated from the school with an MDCM. He later did graduate for Columbia University. He obtained his Doctor of Medical Science Degree from the university after some time. He became the first African American to earn such a degree.

In 1941, Charles Drew became the first African American surgeon to be appointed as an examiner on the American Board of Surgery. He later became a chief surgeon after he had taught for a long time and done numerous researches. In 1940, he was enrolled in the United States army just at the onset of World War II by John Scudder.

He was charged with assisting the establishment and the administration of an early prototype programme for blood storage and preservation. He accepted the task and was charged with taking large amounts of blood plasma to the United Kingdom. He later became the medical director of the United States’ Blood for Britain project.

Charles Drew later on in his work established bloodmobiles which were trucks with refrigerators that stored blood for a long time since the blood was transported for long distances. He also created a central place where people who wanted to donate blood would go and then the blood would be collected and screened in order and efficiently.

During his tenure as medical director of the Britain project, almost fifteen thousand people donated blood, and more than five thousand vials of blood plasma were collected. His work led to the formation of the American Red Cross Blood Bank.

In 1939, Charles Drew married Minnie Lenore Robbins who was a professor of home economics at Spelman College. Together they had four children, three daughters, and a son. One of her daughters, Charlene Drew, was the President of South Eastern University. She was appointed in 1996, and the post lasted until 2009.

Charles Drew died on April 1, 1950, at the Alamance General Hospital in North Carolina from injuries sustained from a car accident.