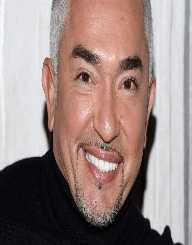 Cesar Millan is best known for his series, ‘Dog Whisperer with Cesar Millan’ which broadcasted on National Geographic in more than eighty countries and earned an Emmy award nomination. Also, he has authored three books; ‘Cesar Way’ which became New York Times bestsellers and a rehabilitation facility named Cesar Milan Pack Project that seeks to rescue and provide shelter to abused animals or abandoned.

Cesar Millan is a son of Felipe Millan and Maria Teresa Favela, born on August 27, 1969, in Culiacan, Mexico. He was raised on a farm in Sinaloa where he worked with animals. Due to his love for canine, he had a nickname, ‘the dog boy.' In later years, his family moved to Mazatlan and at the age of 21, he crossed to the United States without a visa and no knowledge of English Language.

After his arrival in the United States, Cesar Millan worked at a grooming store and later created the Pacific Point Canine Academy. One of his clients, Jada Pinkett Smith, provided him with an English tutor while he worked as a limousine driver.Later on, Millan specialized in working with large breed dogs and created the Dog Psychology Center on a two-acre facility in South Los Angeles.

In 2002, he worked with MPH Entertainment Inc. providing a reality series titled, ‘Dog Whisperer’ which followed his work on dog rehabilitation. The series also premiered on the National Geographic and Nat Geo WILD Channels. The show became National Geographic’s No. 1 show, with broadcast in over eighty countries including the U.S on September 15, 2012.

During his show, Cesar Millan holds conversations with dog owners on how to fulfill dogs’ energy levels and demonstrates how the dog owners can achieve and maintain a leadership role with their dogs. The episodes also contain repeated warnings on behavior modification techniques that the viewers should not try without the guidance of a professional. He believes that dogs understand and respond to a person’s energy more than his speech.

In 2005, he made videography, ‘Cesar Millan’s Mastering Leadership Series, Volume1: People Training for Dogs.’ In 2006, Millan guest-starred as himself in episode 18 ‘Children of Ghosts’ of Season 2, ‘GhostWhisperer.' In the episode, Melinda seeks advice from him on how to help Ghost Whisperer’s ghost dog. During the same period, he appeared in an episode ‘Test’ of Comedy Central animated series, ‘South Park.'

Notably, the following year, Cesar Millan made a video titled, ‘Cesar Millan’s Mastering Leadership Series, Volume3: Your New Dog: First Day and Beyond.’ Later in 2008, Millan played himself in an episode ‘The Finger in the Nest’ of ‘Bones,' also in ‘Beethoven’s Big Break’ and ‘The Back-Up Plan’ and made his volume four videography series titled, ‘Sit and Stay the Cesar Way.’

Next, Cesar Millan launched ‘Cesar’s Way’ magazine which entailed advice alongside articles on the relationship between humans and dogs. Millan made a guest appearance in Episode 3, ‘Jeopardy’ of season 10 of ‘The Apprentice’ where he performed as a judge in 2011. Also, he played a chef’s table guest in Season 15, episode ‘Hell’s Kitchen.’

On January 5, 2013, Nat Geo Wild channel documented ‘Cesar Millan’s Leader of the Pack’ until its end on March 26, 2013. In 2014, Cesar premiered a new series, ‘Cesar 911’ on Nat Geo WILD channel. The following years, he teamed up with children, Sid and Marty Krofft to create ‘Mutt & Stuff’ a pre-school television show on Nickelodeon. The following year, he made videography, ‘Essentials of Dog Behavior, Volume 2: and the Language of Dogs’ followed by ‘Cesar Millan: Viva Las Vegas.'On March 2017, Cesar Millan and his son Andre appeared in a series, ‘Dog Nation.’

In 2000, Cesar Millan became a permanent resident of the United States and attained his U.S citizenship in 2009.In 1994, he married Illusion Wilson, and the couple has two sons, Andre and Calvin.

However, in June 2010, Illusion filed for a divorce alongside physical custody of their sons and spousal support. On May the same year, his dog Daddy died, and due to disappointment and grief, he attempted suicide.

After the death of Daddy dog, Cesar Millan took a bully Puppy named Junior and prepared it to assume the responsibility of Daddy. Junior helps Millan with rehabilitating dogs, a role he refers to as calm, assertive energy. On August 2010, Millan started dating Jahir Dar from the Dominica Republic and officially engaged her in April 2016.