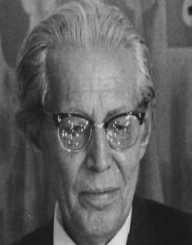 Carlos Merida was born on December 2, 1891, in Guatemala City, Guatemala. He was a Guatemalan artist and painter whose works were inspired by the social revolution experienced in Mexico. He made many tours to Europe where he studied their forms of art. He was good at canvas and mural work, and his ideas in dealing with glass and ceramic mosaic saw many constructions come up in the 1950s through to the 1960s. In 1985, the earthquake that hit Mexico destroyed one of his major works on the Benito Juarez housing complex. He died in 1985 in Mexico City.

Carlos Merida was born Carlos Santiago Ortega in Guatemala City on December 2. 1891. He was the son of Serapio Santiago Mérida and Guadalupe Ortega Barnoya. He renamed himself, Merida, later for he thought that it was appealing. As a child, he went through music and art lessons but loved music more and learnt to play the piano. Between 1907 and 1909 the family lived in Almolonga in the Quetzaltenango Department of Guatemala where he furthered his music and art lessons. He lost his hearing at the age of fifteen, and his father directed him to start painting. He graduated from middle school, and the family moved back to Guatemala where he attended the Instituto de Artes y Oficios.

In 1917, he travelled to the United States where he made acquaintance with writer Juan José Tablada. He also toured Europe for a better part of his life to continue with his study in art and also work as an artist. In Europe, he met other notable artists from there and from Mexico as well.

Carlos Merida began exploring his career while still a teenager and associated a lot with other intellectuals and artists including Catalan artist and writer Jaime Sabartés. Jaime played n important role in nurturing his career by helping him organize his first ever exhibition in 1910 at El Economista newspaper in Guatemala City. He was forced to move to Paris in 1910 in search of better opportunities as they were limited in Guatemala.

From 1910 to 1914, Paris became his home, and he toured most places in Europe. He met many artists including Van Dagen, Amedeo Modigliani, Pablo Picasso, and Piet Mondrian originally from Europe. He also met Diego Rivera, Jorge Enciso, Ángel Zárraga and Dr. Atl some of the Latin Americans who studied there.

In 1914, Carlos Merida travelled back to Guatemala and was fascinated by the many scenes that unfolded before him about his home country. After exploring he soon started painting using local and indigenous themes in his works. He exhibited his other artwork in 1915 at the Rosenthal Building which inspired the beginning of modern art in Guatemala.

In 1919, he travelled to Mexico and displayed his paintings at the Escuela Nacional de Bellas Artes in 1920. In 1926, he became part of the collective show known as the Independent Artists Exhibition in New York. In 1926, he held an individual exhibition in both the Academia Nacional de Bellas Artes in Guatemala and the Valentin Duesing Gallery in New York.

Between 1928 and 1948 Carlos Merida had made a total of forty five exhibitions in the United States and eighteen in Mexico. The shows were held in different places including the Art Center of New York (1930), the John Becker and Valentine galleries in New York (1930), the Club de Escritores de México and the Galería Posada in Mexico City (1931), the Stendhal Gallery and the Stanley Rose Gallery in Los Angeles, the East West Gallery in San Francisco, the Palacio de Bellas Artes and the Georgette Passedoit and Cuchnitz galleries in New York (1939-1940) as well as the International Surrealist Exhibition in 1940 in Mexico City.

He also held exhibitions at the Harvard University, the Metropolitan Museum of Art, the Museum of Fine Arts, Boston and the Berkeley Art Museum at the University of California.

In 1950 Carlos Merida travelled back to Europe and studied Venetian mosaic techniques in Italy. He later joined efforts with Pani on a major project known as the Benito Juárez housing project which was to cover about 4,000 sq. metres of space. However, in 1985, a terrible earthquake hit Mexico, and this project was destroyed alongside a more significant part of the housing complex on which it stood.

Carlos Merida received a number of awards and honors including the acquisition prize at the IV Bienal de São Paulo, Brazil in 1957, Order of the Quetzal from the Guatemalan government (1958) and the Orden del Águila Azteca. His works were preserved and exhibited in different places in his honor including the Museo Metropolitano in Monterrey (2000), the Instituto de Artes Gráficas de Oaxaca (2008), the Museo Modelo de Ciencia e Industria (2010) and the Ana Lucia Gómez Gallery in Guatemala City (2011)

Carlos Merida married Dalila Gálvez in 1919 and together had two daughters namely Alma and Ana. His wife Dalila died in 1974. He died years later after the death of his wife in 1985 in Mexico City, Mexico.