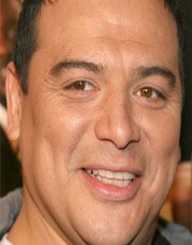 Ned Arnel Mencia, professionally known as Carlos Mencia was born 22nd October 1967, to Roberto Holness and Magdelena Mencia. He was born in San Pedro Sula, in Honduras. Mencia was one of 18 children. Although born in Honduras, he was raised in East Los Angeles, in California by close relatives.

He studied at Garfield High School, and after graduation, enrolled at California State University where he studied electrical engineering.

Carlos Mencia went to The Laugh Factory one evening, where he performed on open mic night. The performance was a great success, and Mencia decided to leave university and try his luck at a career in comedy.

Mencia changed his name from Ned to Carlos in 1988, at the suggestion of the owner at the venue where he was performing. This was primarily to attract a wider variety of audience, including Mexicans.

Mencia performed stand-up comedy at venues like The L.A. Cabaret and The Comedy Store. He had great success with his comedy routines, and this led to Mencia starting to get guest appearances on television.

In 1994, Carlos Mencia won the role in hosting Loco Slam, a Latino comedy show on HBO. In 1998, he took on the hosting role in Funny is Funny! On Galavision.

At the same time as his television hosting, he continued to do his live comedy, and in 2001 undertook a tour called The Three Amigos, with comedians Pablo Francisco and Freddy Soto. The trip proved a great success.

Carlos Mencia then released his first album, Take A Joke America, and this led to his debut performance in 2002 on Comedy Central Presents. In 2005, he was given his own show, called, Mind of Mencia, which ran for three seasons. He began to appear in television commercials and undertook another comedy tour in 2011.

He has appeared in eight movies, including, Outta Time (2002), and The Heartbreak Kid (2007). Mencia has also been in various television shows, including, Moesha (1999), and The Shield (2002). He has released four albums and ten DVDs.

In 2005, Carlos Mencia was accused of stealing jokes from other performers. The chief accuser was Joe Rogan, a fellow comedian. Rogan posted the original jokes performed by comedians on his website and then posted Mencia performing what he said were the same jokes. The accusations plagued Mencia for some years, and in 2011, Mencia claimed he had to have therapy to cope with the allegations.

Mencia’s comedy routines include political issues, jokes about race, and social standing, among other topics.

Carlos Mencia married Amy in 2003, and the couple has one child, a son named Lucas.